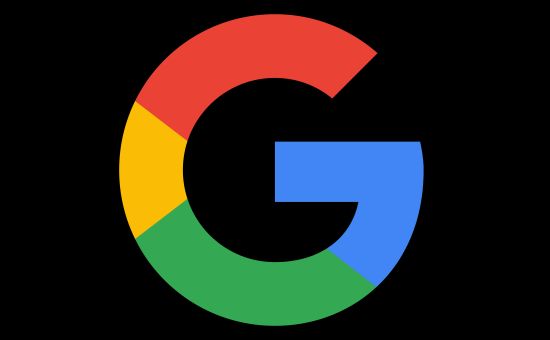 After a tumultuous week that has seen over 250 brands withdraw adspend with Google Display and YouTube due to ads being placed next to extremist content, the Internet giant has announced measures to tackle brand concerns. But figures in the media business have argued that greater transparency is needed and that the likes of Google and Facebook can no longer be allowed to ‘mark their own homework’ when it comes to digital ad placement, writes LBB’s Laura Swinton.

Forget Brexit. Forget data. Forget creativity. Forget in-house production. There has only been one topic on the tongues of the Advertising Week Europe attendees: the fallout from journalist Alexi Mostrous’ exposé that found brands’ ads were being placed next to extremist content via YouTube and Google ad platforms. And, ironically for a week packed with panels, the general consensus was that, for the long-debated topic of online brand safety and ad fraud, the time for talking was over.

Several advertisers, including L’Oreal, Tesco, VW, The Guardian and the British government, have paused their spend on these platforms. The first agency to take unilateral action was Havas Media, who announced that they were suspending advertising for all their clients on these platforms (though not for Google Search).

Havas Media’s UK Chief Executive Paul Frampton cited the agency’s ‘duty of care’ for its clients. “Our position will remain until we are confident in the YouTube platform and Google Display Network’s ability to deliver the standards we and our clients expect. Our teams are working with the brands we represent to select alternative partners where we are confident of the third party verification and safety guarantees,” he said.

(However, it seems that this only applies to Havas’s UK business. Global CEO Yannick Bollore tweeted that he was unaware of the decision and a spokesperson from Havas APAC has confirmed that it is not a global decision).

Johnny Hornby, founder of The&Partnership, linked the issue to the wider problem of digital ad fraud and told LBBonline that he hoped the scandal would prompt swift action. Early last week, he set a deadline for Cannes to address the issue of wasted digital ad spend – but that the stink caused by The Times’ investigation ought to move things along.

“Because of what’s happened last week, I don’t think we should wait till Cannes, I think we should strike while the iron’s hot. Whether it’s during Ad Week or next week, I don’t really mind. I think there’s an opportunity now to do something about it and there’s enough noise that people outside of the advertising and client industry would be surprised and disappointed if we didn’t do something. And I’m sure that major boards of companies are going to be asking their marketing departments what they’re going to do about it. So in that climate, there will be a requirement for action and I think that we should move really fast.”

The issue of ads placed next to extremist content – and therefore brands unwittingly contributing adspend to extremists – has been the hot button topic that’s drawn attention from the mainstream press. Within the industry, however, it’s linked to the wider topic of digital ad spend, whether brands and agencies can monitor and control that spend, and whether any of that spend is being siphoned off by criminal ad fraudsters or being diverted to hate groups or ‘fake news’ distributors.

On Tuesday, Philipp Schindler, Google’s Chief Business Officer, announced that the company is ‘ramping up’ measures to tackle the issue. This includes revising ad policies and, on YouTube, only allowing ads on content posted by ‘legitimate’ YouTube creators who are part of the YouTube Partner Program. They have pledged to make it easier for advertisers to exclude specific sites and channels from Adwords for Video and Google Display Network campaigns. They are also recruiting ‘significant numbers’ of people to deal with the problem, to improve AI and tools to review ‘questionable content’ and have promised more brand transparency.

However, Johnny Hornby said one of the keys to remedying the issue quickly would be for Google (and Facebook) to allow advertisers and agencies to use third party pre-bid verification software. This would provide greater transparency and, according to a report released by The&Partnership media agency m/six and Adloox, would reduce fraudulent traffic to ‘single figures’ as a percentage and would give advertisers greater control over where their ads were appearing. At present, Google and Facebook represent something of a duopoly when it comes to digital ad spend, however they have been reluctant to open up to such external checks.

Speaking to Sky News, he said Google – and also Facebook – should not be allowed to ‘mark their own homework’ and should allow advertisers to use their own verification software (as other publishers and platforms do) to monitor and control their programmatic advertising.

Again speaking to LBBonline, he proposed that a specialised bureau that brings together brands, agencies, publishers and platforms should be founded to ensure a safe online environment for brands.

“Currently the likes of Google and Facebook place, at their own expense, staff within major advertisers of the likes of Unilever,” he pointed out. “And they do that, they would say, to help them navigate and understand the world of Google and Facebook. But you could also say that if you’re able to divert all of those people to be sitting, full time, in there or Diageo or Coca-Cola in order to help them spend their money, why don’t you divert the same amount or re-divert those people’s time to make it a safe environment? I think what would be interesting is that, as a direct result of last week, the scale of it in the world and in the UK is worthy of there being a full-time bureau put together to deal with this.”

What’s interesting about the whole affair is that while the report by The Times has shed light on the issue, it’s a story that, whilst shocking, shouldn’t really be so surprising to anyone in the industry. Concerns around the authenticity of programmatic ad views, the safety of the online environments, and the transparency of the most dominant platforms in the market are not new. Last year it emerged that Facebook had been overestimating the average viewing time of its videos for two years for example, and it’s known that criminal gangs siphon off huge amounts of money via ad fraud. And following the US election, brands have been voicing concern about their programmatic ads appearing on the likes of Breitbart News Network What’s new is that the public and mainstream press are taking an interest – and groups like Stop Funding Hate are drawing attention to the kinds of content that brands are (purposefully or inadvertently) supporting. So, with their feet held to the fire, it is time for the online platforms to act.