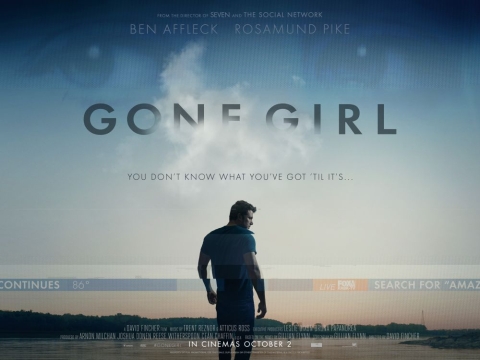 20th Century Fox has teamed up with the DMG Media to make upcoming thriller Gone Girl the first film to run native advertising content across the MailOnline and Metro.co.uk.

The partnership, which has been devised and implemented by Vizeum, will see two articles examining ‘trust in your partner’ appear across the platforms. The content, which will run the day before film’s release on Wednesday 1 October, has been produced by the MailOnline’s dedicated editorial team and then adapted to suit the unique positioning of Metro.co.uk.

A Gone Girl trailer will be embedded within the MailOnline article and supported with display media advertising, which is designed to help connect readers with the film. Meanwhile, the Metro.co.uk will drive users to Facebook through a shorter, listicle article that complements the platform’s strategy to bring its content closer to social media.

Maria Buttaci, Media Promotions Executive, 20th Century Fox said: “MailOnline and Metro.co.uk have given us the perfect opportunity to editorially place the film at the heart of the websites’ content. This unique content and combined reach of the two sites means we are able to do this at scale and generate meaningful social buzz around what is quickly becoming one of the biggest releases of the year.”

Robbie Ashcroft, Creative Solutions Senior Manager, Vizeum said:  “Both titles not only guarantee unparalleled reach across desktop, smartphone and tablet but complement one another perfectly to offer extended reach across the film’s core audience. This activity is in keeping with our ambition to deliver campaigns that tell the story behind a film and put that content in front of the right people. ”

Gone Girl follows a man as he looks to uncover the truth behind his wife's disappearance amid the focus of an intense media circus. It is directed by David Fincher and has been adapted from the best-selling novel by Gillian Flynn.