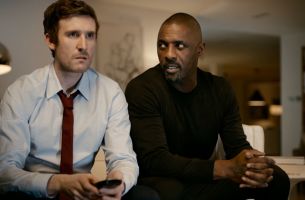 Just when you thought you were safe… Idris Elba stars in this funny little spot for Sky Box Sets by Brothers and Sisters, as he tempts David into watching “just one more”.

Check out music production company, GOLDSTEIN's suspenseful score that builds as he makes the decision to launch into another episode of the exciting new drama, Billions.