Golden Wolf Takes a Psychedelic Saunter to the Wawa Hoagiefest 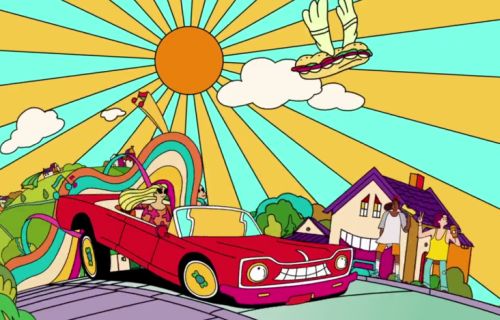 The soundtrack by Steve Sherlock, a founding member of pop punk legends Nerfherder, gives each piece an added dose of sunshine. The tracks are the perfect accompaniment to Golden Wolf’s exuberant animation, which was done with a mix of traditional and 3D techniques. According to Golden Wolf Creative Director Ingi Erlingsson, traditional cel animation was the perfect fit for the brief, and the addition a 3D camera allowed for the lysergic perspective shifts and transitions that make the spots extra groovy.