The festival takes place from the 18th to 21st of October 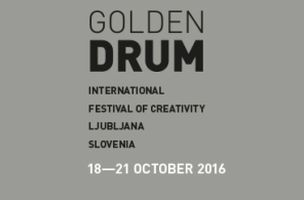 The Golden Drum International Festival of Creativity has been taking place over the past few days in Ljubljana, Slovenia. Now on its second day, the 23rd edition of the festival has announced the shortlist, which can be viewed here.

Commenting on judging the awards, Graham Lang, Best Piece Jury President said: “For me it has been a thrill and an honour. We have seen some fantastic work that I believe reflects the uniqueness and creativity of the region. The program has been brilliantly organised and orchestrated. My jury has been absolutely fantastic.”

“It's been an amazing experience to be here with these brilliant people in the Golden Drum Best Practice Jury," said Eduardo Marques, Best Practice Jury President. "We've been learning so much from each other and with all the discussions about the works.”