What do the UK's most famous TV-viewers think of The Bear & The Hare? 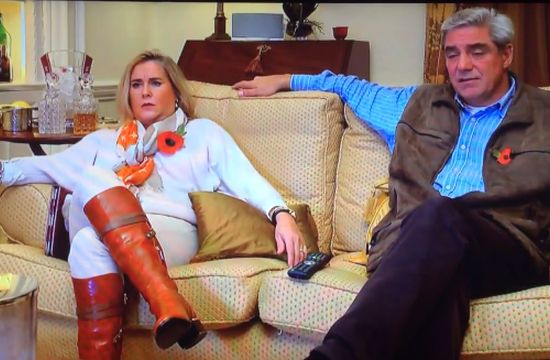 We’ve heard what adland think of this year’s big John Lewis ad, but what about the UK’s TV watchers? The blockbuster ad 'The Bear & The Hare, created by adam&eveDDB, Hornet Inc and Blink, faces the scrutiny of the viewing public in Channel 4's slice-of-life show Gogglebox.

The quality of the animation is commented on, as is the reported £7 million cost of the campaign. The responses varies from Sandy and Sandra who spend the duration of the ad trying to figure out the advertiser to fan-favourite ‘posh couple’ Steph and Dominic who, despite getting damp around the eyes, consider the practicalities of the story.

“So the little fellow’s been all the way to John Lewis?” asks Steph.To which her husband replies, “Yeah, must be exhausted.”