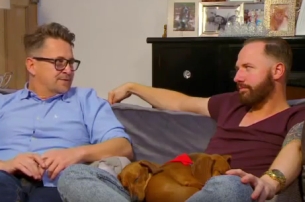 The innovative ad represents the first time a TV show in the UK has been produced specifically for use in commercial airtime.

The cast also discuss what they would do if they were lucky enough to win big. As in the TV series, Caroline Ahern provides the opening voiceover.

Short form edits will be published across social media and All 4. 20 second teasers aired on Channel 4 last Friday.

The ad is the result of a collaboration between Gogglebox producers Studio Lambert, 4 Sales, Camelot’s media agency Vizeum and The StoryLab.

Max Lucas, Media Strategy Manager, Camelot said: “We are hugely excited to be working with Channel 4 on this exclusive ad campaign. Lotto is the nation’s favourite millionaire maker and there is nobody more representative of the nation than the Goggleboxers – so this is a perfect fit for us.”

Angus Mitchell, Agency Principal, Channel 4 said: “This fantastic campaign is testament to the collaboration between 4 Sales, Camelot, Studio Lambert, The StoryLab and Vizeum. Camelot wanted to drive conversation about playing The National Lottery and their latest Please Not Them ad starring Noel Edmonds so who better than our Gogglebox families to reflect the nation’s thoughts on the ad and discuss what they'd do if they won.”

Laura Nice, Group Head, Vizeum said: “The National Lottery continues to resonate with the British public because anyone can win every week. Likewise, Gogglebox has made stars of ordinary people across the country. This makes the two a natural fit and we’re certain that bringing them together in such a unique way will encourage everyone to dream big.”

Gogglebox is Channel 4’s biggest show this year attracting an average of 4.9 million viewers per episode and consistently beats all other channels in drawing the highest share of 16-34 year old viewers from 9pm on Fridays.