Chan gained widespread attention for his Call of Duty commercials 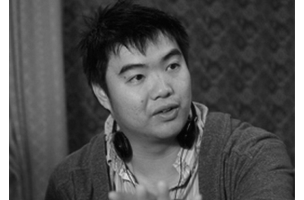 GO has added award-winning director Jeff Chan to their roster for his first U.S. commercial representation. Chan first earned widespread attention for his work through spec commercials for Call Of Duty, which drew viral buzz. Activision then hired Chan to helm their first live action Call Of Duty short film that debuted at the Call Of Duty XP Conference, for which he wrote, directed, and crafted the VFX. He has also directed a number of commercials for such top brands as Doritos, KPMC and the Canadian Film Center.

In addition to directing the shorts “Dandy Lions” and “The Apostles,” he recently made his feature directorial debut with the horror thriller Grace: The Possession, which premiered at Sundance and was picked up for distribution by Sony Pictures Worldwide Acquisitions. He is currently in production on 19, a feature film with QED International (District 9, Elysium) and an untitled firefighter-themed feature project with Lionsgate.

Notes GO Managing Director Gary Rose, “Jeff has a very unique first person sensibility that touches all his work. He brings the viewer along for the ride, immersing us in his dramatic style of storytelling. I love his ability to communicate why he makes the decisions and choices that he does in his films and commercials. I believe he will be very successful in any medium he chooses to attack and I’m very excited to be working with him.” Adds Chan, “I really like GO’s philosophy as a company and the fact that they work with so many great directors that bring a lot to the table, and have a lot going on in film and TV alongside their commercial work. I’m excited to be a part of their roster.”

A fervent filmmaker to the bone, Chan began honing his craft in high school in Vancouver, writing, shooting and producing shorts with an enthusiastic group of friends. He further finessed his skills while studying film at Ryerson University in Toronto before securing a grant for his humorous short, “The Apostles,” which won various accolades at film festivals throughout Canada.

As a gamer himself and a fan of the Call of Duty franchise, he crafted the high octane live action spec “Find Makarov,” which garnered over 8 million views on YouTube as well as the attention of Activision. In addition to helming the live action “Call of Duty: Operation Kingfish” short, he has also worked on a number of spots including a zombie horror re-imagining of the viral “Charlie Bit My Finger” video for the Canadian Film Centre, which won Gold honors at the Atomic Awards and Digital Marketing Awards. He continues to explore a wide range of genres in his work, with short form and film work spanning comedy, horror, action, character-driven drama and everything in between.