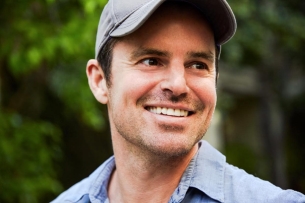 GO has added director Chris Nelson to their roster for U.S. commercial representation. The award-winning director has fused his background in writing with a natural knack for character-driven comedy to deliver spots for such top brands as ESPN, HBO, Gatorade, Go Daddy, Reebok and Miller. His commercial work has garnered numerous accolades, including a Cannes Lions Grand Prix for the HBO Voyeur project that he co-directed out of BBDO New York. After premiering his first feature Ass Backwards at the 2013 Sundance Film Festival, and having the comedy Date and Switch released by Lionsgate in 2014, he is currently in development on his third feature project, the Hilary Swank-produced Liv, for Black Label Media.

Notes GO Managing Director Gary Rose, “I have been a fan of Chris’ work for a long time. He is a great comedic storyteller and fits perfectly into the company roster. He has been working on two feature films over the last year and a half, which are now finished and he is finally available to do work in the commercial and content world again. His film work is beautiful and comedic timing is impeccable and we are excited to be working with him.” Adds Nelson, “Coming from an acting and writing background, I have always been a storyteller by nature and I’m looking forward to returning to my roots. GO and Gary have worked with comedy directors for so long and I’m really excited to join a company that is known for their comedy work.”

Nelson got his start in the industry acting as a teen in Los Angeles, before heading to East to earn a degree in Modern Culture and Media at Brown, where he penned his first screenplay and ignited a passion for writing. Following graduation, he returned to Los Angeles and began working with iconic fashion photographer Herb Ritts, directing and producing commercials and music videos for the likes of Elizabeth Taylor and Justin Timberlake, among others. He moved on to direct a wide range of spots for Little Minx/RSA Films and HSI Productions, ranging from intricately composed visual pieces to expertly timed comedic spots. His short film “Cara” peers back on his days as an actor, following an awkward teenage girl making her most earnest attempt at succeeding in a looks-obsessed industry. He wrote and directed the short for Little Minx and RSA Films, which screened at numerous international film festivals.