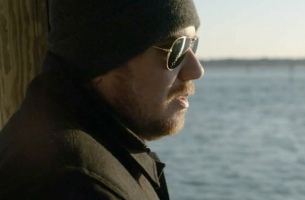 GO has added award-winning director Ante Kovac to its roster for his first U.S. commercial representation. The Toronto-based director has delivered his vividly cinematic style and acute attention to detail to projects for such top brands as 3M, American Apparel, Sylvania and Freederm.

His music video work has been showcased internationally on MTV, Much Music and Pitchfork, among other outlets. His work for Matthew Good’s “Weapon” video earned him a Juno Award for Best Director. Additionally, Kovac is currently in development on two feature film projects, including ‘The Night I Died,’ an adaptation of a Cornell Woolrich (Hitchcock’s Rear Window) short story for Michael Douglas’ Furthur Films.

Notes GO Managing Director Gary Rose, “Ante is a very unique filmmaker. He is a storyteller with a strong visual style, youthful sensibility and the ability to seamlessly transition between dramatic dialogue and comedy. We are constantly on the lookout for great storytelling directors and his versatility is remarkable in the advertising realm.” Adds Kovac, “I have known about GO for a long time and I am looking forward to the opportunity to work with them in the U.S. and hope to work on a wide range of projects with a creative point of view.”

After earning a degree in Radio and Television from Toronto-based Ryerson University, Kovac got his start as a director in music videos, working with such artists as The Tragically Hip, Joel Plaskett, Arkells and Said The Whale. In 2012, he made the shift to commercials, delivering his editorial eye for storytelling to a wide range of international brands.