Awards and Events 105 Add to collection 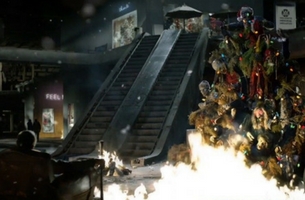 The campaign leaned into the humour of the game’s holiday theme, creating trailers and social media executions that highlighted the irony in twinkling, festive lights amidst the oncoming zombie apocalypse.

Starting with an unexpected, indoor snowfall experience from the game’s E3 2016 announcement, the campaign put a priority on generating social media fan buzz throughout its duration. The announcement trailer featured game’s anti-hero Frank West using his phone to post photos of his zombie-slaying exploits. This coincided with the start of a real-world Twitter account in Frank’s name that would be a constant source of fan engagement.  The campaign culminated with an ambitious Facebook Live event at launch called “Man vs. Holiday.” Garnering more than 500,000 views during the live broadcast, and millions later on YouTube, this stunt featured Workaholics star and comedian Blake Anderson enduring holiday-themed tortures while trapped in a giant snow globe with rabid zombies.