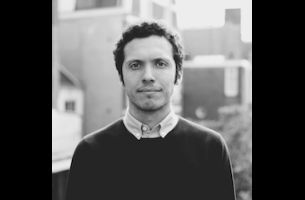 Specialist music agency and global Unilever partner, Big Sync Music, has opened its new regional office in Amsterdam, appointing Stefano Binotto as Country Manager, Europe.  Binotto, who has a decade of experience working at shops from McCann Erickson to TBWA, will work closely with Unilever’s brand teams and creative agencies, helping to develop their global and regional sonic strategies.

Big Sync, which has other offices in London, New York and Singapore, is the world’s first global, full service, creative music licensing agency to work directly for brands. Showing fast growth since it launched in 2013, last year the company announced a global partnership with Unilever, making Big Sync the single supplier for its music services across all 400 plus brands in all territories covering music strategy, licensing, creative music search and amplification.  Big Sync now has over 1,000 projects under its belt including critically acclaimed global campaigns from AXE:  Find Your Magic by 72andSunny Amsterdam to Knorr:  Love at First Taste by MullenLowe.

Binotto’s first account management role was at TBWA Berlin, where he worked on the European hub for several of the Mars Incorporated brands.  After that he moved to McCann Erickson, Berlin, where he looked after global accounts such as Lufthansa and Siemens.  Following this role he moved to DOJO Berlin, where clients were Converse, Viacom and Coca Cola.  In the last 9 months Binotto was consultant to a number of smaller creative agencies before being hired by Big Sync Music. He will report to CEO and founder, Dominic Caisley and work in tandem with Business Development Manager, Jonny Taylor, both of whom are based in the London office.

Speaking about his new role, Binotto, who originates from Italy and speaks four languages, said:  “What impresses me about Big Sync is the absolute passion for music, the depth of knowledge and creativity that all the teams demonstrate.  I loved the recent Magnum:  Release the Beast campaign from LOLA MullenLowe where we were able to license a track by the legendary Jack White.  But I also love Lipton:  The Revolution in Tea from Tribal Worldwide and Adam&EveDDB where we worked with composer Dom Howard.  Both demonstrate what can be done when the music agency is involved from the beginning of a campaign - something we strive to do.  I’m looking forward to developing projects with Unilever brands we’ve not had the chance to work with yet and their agencies.  I also want to help find the right music solutions for any other brand that wants to tap into our huge global network of music providers to get the tracks they want or thought they couldn't have - for less.”

Dominic Caisley, CEO, Big Sync Music said:  “We’ve created what is truly a unique model where we consolidate the music creation, licensing and strategy of global companies through one unified hub. It’s a blue print that’s been tried and tested by Unilever for nearly two years now with great success.  With our fourth office now open and Stefano driving it forward with his strong European perspective, we’re hoping to do a lot more of what we’ve been doing to date as well as growing our network of artists and composers and other music providers.”