Global Rollout of Blue 449 Continues with Launch of Belgium Agency 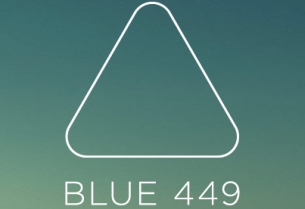 Blue 449, part of the ZenithOptimedia Group, has opened its sixth network office with the launch of the agency in Belgium. This follows the global launch of Blue 449 in March, and the opening of offices in the UK, France, Italy, Germany and Australia.

Blue 449 Belgium is based in Brussels and will be led by Managing Director Sascha Van der Borght, who was previously  Client Services Director at ZenithOptimedia Belgium. The agency launches with a team of 10 people.

Blue 449 will have 17 city hubs by the end of its first year and will operate collaboratively with the other ZenithOptimedia brands, including Performics, Newcast and Ninah. The new network will also benefit from access to the extensive range of services within the Publicis Groupe and VivaKi within a new framework for clients called ‘Open Source’. Collaborative, Open Source behaviours will also inform Blue 449’s relationships with media, technology and creative partners. They will also influence the network’s planning approach and its response to the new digital economy.

Sascha Van der Borght, Managing Director, Blue 449 Belgium, said: “The launch of Blue 449 is an important milestone in the development of the ZenithOptimedia Group in Belgium. With digital transformation now top of the agenda for many brands, Blue 449’s Open Source approach will enable us to work with a variety of forward-thinking partners to leverage data and technology in order to deliver creative communications solutions for our clients.”

Andras Vigh, Global CEO, Blue 449, said: “The launch of the agency in Belgium is an important step in the creation of the Blue 449 network and in the development of a very different approach to communications. Sascha Van der Borght and his team are excited about our new way of working and what this will deliver for both local and global clients.”