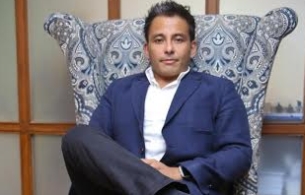 The Global Effie Awards has invited Roopak Saluja, Founder & Chief Executive Officer, The 120 Media Collective & Sooperfly, to be part of the jury this year.

The prestigious awards honour multinational marketing communication efforts that have proven their effectiveness in four or more countries on at least two continents.

Top global marketers will judge the Global Effie competition this year in Singapore, São Paulo, New York and London. Roopak is slated to attend Round 1 of the jury meet in Singapore on March 23.

Listed among the 2014 Campaign Asia-Pacific ‘40 Under 40’, Roopak drives The 120 Media Collective through its subsidiaries Jack in the Box Worldwide, Bang Bang Films, and Sniper. His new media company, Sooperfly, founded in 2015, most recently entered a joint venture with Vivek Law for personal finance in the online content space.

The media entrepreneur will also present a session titled 'Content is King, Distribution is God!' at ADFEST 2016 in Pattaya, Thailand on March 17, 2016.