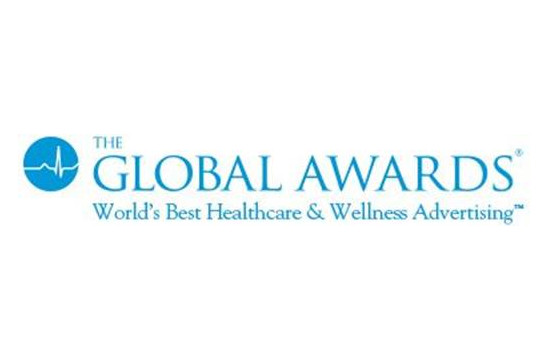 Langland, UK was honored with the Global Healthcare Agency of the Year Award. This is the third year that the agency is the spotlight, earning one Grand Global, 7 Global Awards and 24 Finalist Certificates.

Philip Chin, Chief Executive, Langland said, “Winning 'Agency of the Year' for the third year in a row, and still being the only agency to have been awarded this prestigious accolade, is extraordinary. And winning the Grand Global for our work for Idis is a real honour as there was some really outstanding work entered into the show this year. We congratulate all the winners and thank our team and our clients for continuing to believe in the value of great ideas.”

Windsor based Langland was awarded the coveted 2013 Grand Global Award for Communication to the Healthcare Professional for “I did this with Idis” for client Idis. The award-winning campaign stressed the importance of Idis Managed Access Programs (MAPs), which create access to otherwise unavailable medicines, providing a critical lifeline for people who have exhausted treatment options. This integrated campaign explores the real life stories of patients, physicians, and pharmacists, demonstrating the potentially life-saving benefits MAP can offer to people around the globe. Creative Credits include: Andrew Spurgeon, Creative Director; Matt Turrell, Art Director; and Michael Pogson, Copywriter.

Andrew Spurgeon, Creative Director, Langland, UK commented, “Ideas will always be of paramount importance. However, now more than ever we are seeing the impact high levels of craft can have in separating those ideas from the clutter of the competition. This combined with a strategic approach to digital is beginning to reveal some truly outstanding work. Our Grand Global winning campaign for Idis, perhaps best exemplifies the changes we all need to embrace in remaining relevant to health and wellness marketers in the 21st century.”

Jeremy Perrott, Global Creative Director, McCann Health had this to say, “Winning an award that celebrates a network is more than being recognized for its work or its clients alone. It signals the strength and professionalism of that network to deliver best in market on a consistent basis, throughout its network. Not in just one or two of its offices. More importantly it recognizes the reason why - The individuals within each and every office. Those who continually strive and deliver the work that wins and sets standards around the world. Winning a Global Network of Year Award is an achievement. Being awarded that title two years in a row is a significant message to be cherished.”

“We are very happy and proud of having won the Grand Award, especially because we have won it with Inmortal Fans, a project that helped to save a lot of lives. We also take this opportunity to invite any other team from any other country to create their own donor card,” said Paco Conde, Executive Creative Director, Ogilvy Healthworld Brazil

The United States also received top honors earning a total of 10 Global Awards. The following agencies received trophies: Area23 for “Approximately Isn't Good Enough” for MeDS Pump; Arnold Worldwide for “Ugly Truth” for Truth; DeVito/Verdi for “So Old” for client Scripps; and Digitas Health for “United We Test: Changing the Fight Against Lung Cancer” for Lung Cancer Profiles. GSW Worldwide was also honored with 3 Global Awards, one for “Fortesta Gel Application Tool” for Fortesta Gel; along with a Global for both “Type None” for JDRF and “Will I Win?”. The CementBloc took home 3 Global Awards for their client :) Fuel: 2 Global Awards for “:) Fuel Book” and a Global Award for “:) Fuel Integrated Campaign.”

In addition to the Global Awards, Bravo! also awarded both Client of the Year to Wayside Chapel, Graham Long CEO & Pastor, nominated by UrsaClemenger, and Highly Commended, which was presented to Zoetis Sheep team, Greg Johnson, nominated by H&T Sydney.

Australia’s celebration was hosted by The Global Awards and Bravo!, a committee of Australian healthcare professionals with representation from healthcare agencies and the Communications Council of Australia.  The Global Awards gala was held at The Blue Beat, in Double Bay Sydney. Award winners and guests celebrated with cocktails and viewed a showcase of this year’s winning works from the Asia/Pacific region, followed by an award presentation.

The Global Awards receives entries from healthcare corporations, hospitals, advertising agencies, production companies and design studios that produce communications for medical, pharmaceutical and healthcare related products and services. All entries were judged by the Global Awards Grand and Executive Juries comprised of international industry experts, representing the top creative minds in the field of healthcare advertising.