Technology for the project was designed & created by Xavi's Lab 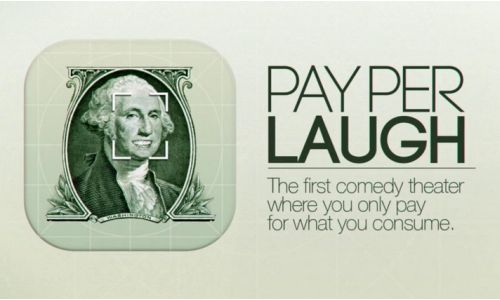 Glassworks has received 8 Lions at Cannes International Festival of Creativity for their work on Project "Pay Per Laugh". The company has received a Gold Lion in Augmented Mobile experience as well as a Silver in Line Events.

Pay per Laugh (PPL) is an application that, once installed on an iPad, is able to detect laughing, crying or any facial expression previously programmed. The software was developed with a simple FaceTracker and a facial expressions detector counts, lists and generates statistics of the amount of laughs detected. Each time it recognizes a smile the iPad takes a picture and sends it to the PPL server, creating and monitoring the statistics.

Pay per Laugh has several functionalities. Depending on the programming parameters of the facial detector, it is capable of recognizing different kinds of emotional states. As long as those are a physical expression (laugh-happiness, cry-sadness, surprise face-fascination...)!

The first public appearance of the application Pay per Laugh took place on the 10th of April at the Aquitània Theater, in Barcelona. The ad agency The Cyranos McCann and the theatrical company Teatreneu, in collaboration with production company Canada, debuted a very special session of the comedy show called Improshow. At this particular show, using PPL, the audience could pay depending on how many times they laughed.

Each laugh had a price (€0.30) There was a maximum total of €8 so that the audience wouldn’t have to try and control their impulses, instead enjoying the show. Once the show was finished, the spectators could check the pictures that proved each and every one of their smiles during the show.

The final result of the experience was an average of 49 laughs which would represent a total cost of €14.70 for the ticket (almost double the €8 maximum).