Awards and Events 303 Add to collection 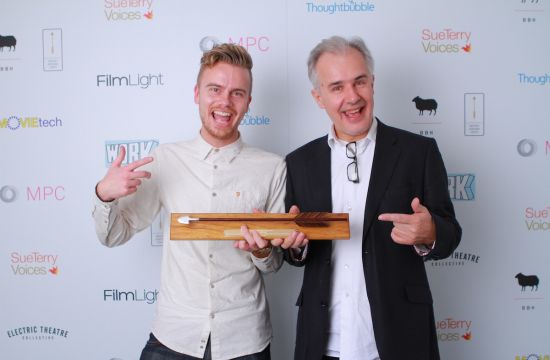 "The idea was that the majority of people would be at work and wouldn't be able to make it, thereby reducing the likelihood of overly enthusiastic boisterousness. The experiment failed.

"As we set off to the British Arrows Craft Awards last night, a similar thought entered our minds. On a Monday night? Was this a ploy to encourage us to party gently as it was a school night? Well, judging by the sore-heads, blurry eyes and industrial quantities of coffee being consumed at Glassworks HQ this morning, suffice to say that even if it was, it was politely ignored.

"The Craft Awards were, as ever, a blinding evening; an opportunity to celebrate the industry’s finest work and catch up with friends and peers. We would like to congratulate all the winners, there was some great work being duly rewarded. We were delighted to get a Silver award for animation on TalkTalk “Model Britain” (directed by Rattling Stick's Daniel Kleinman, with CHI & Partners).There was also a nomination in the Best New Director category for Glassworks Amsterdam's Head of 3D Rudiger Kaltenhauser.

"If cracking heads are a barometer of a cracking night, then last night was a big winner. Thanks to all at British Arrows for putting on such a show; we're already looking forward to next year."