New production offering will be headed up by Phoebe Scott 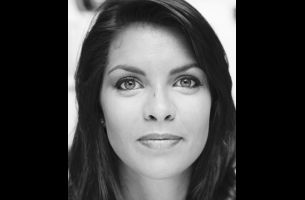 The roster includes talents such as Rudiger, Dan Hope and Raphael Vangelis with the live action division being led by Emmy award winning director, Steve Fuller.

Phoebe Scott is the passionate producer heading up Glassworks Productions; She has delivered global advertising campaigns for clients such as Nike, Hugo Boss, Skoda, Horlicks, Star Alliance and Huawei.

On her new position Phoebe says, “My new endeavour at Glassworks Productions is a great opportunity to provide our current and future clients with full service production on all jobs, from conception to completion. I am so excited to establish this new venture with such a reputable company who are known for producing innovative, high quality work with fantastic directors. Glassworks Productions will build on the foundations of the incredible work Glassworks already do and I am so proud to become a part of the brand and the lovely team!”

Glassworks Managing Director Aleks Ugarow says, 'We are very excited to open a new chapter at Glassworks with the launch of Glassworks Productions. Our roster of award winning directors have created work of the highest calibre for brands including G-star, Nike and Huawei. Executive Producer Phoebe Scott has an impressive track record of producing work for agencies including BBH, DLKW Lowe, Grey, Fallon, Atomic London and AMV BDDO.  Phoebe’s passion, drive and determination make her a very welcome addition to the Glassworks team.'