Former MD Phil Linturn has been appointed as the group COO 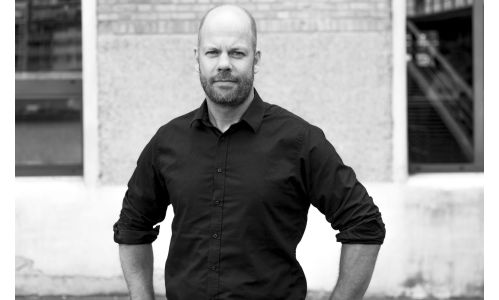 The Glassworks group today announced the appointment of Olivier Klønhammer as Managing Director of Glassworks Amsterdam.

For the past 18 months he has been working as a Freelance Executive Producer on the global launch of Playstation 4 & producing Converse films and events.

Of Klønhammer’s appointment, Linturn says, “Olivier was our absolute first choice for the role. His work at Wieden+Kennedy Amsterdam first brought us into contact 7 years ago, & it has been a pleasure working with him ever since, whether at Wieden+Kennedy Amsterdam, 180 Amsterdam, or Anomaly. He has a rare combination of qualities, allowing him to remain in complete control of his projects whilst encouraging all collaborators to explore their full potential. He has also managed that rare thing of being universally liked by everyone that works with him”.

Klønhammer says, “As a client of Glassworks for many years, I was constantly impressed that regardless of whether the job was small, or large & complex, quality & creativity was always of paramount importance to them. I feel honoured to be joining such a smart & creatively driven bunch of people who, despite the incredible pressure that we often put them under, not only delivered, but also surpassed our expectations”.

He will be building on the strong foundation set by Linturn in Glassworks Amsterdam, focusing on expanding both local & international business & continuing to push creative excellence. “Having been a client on the agency side, I understand the pressure on agency producers to deliver, so I want to be able to partner even closer with them to ensure that we continually over deliver”.

Linturn concludes: “Olivier has always shown a keen interest in film craft, & the combination of technology & artistry, so we are delighted that he brings his experience, enthusiasm, & personality to the whole Glassworks Group. Our clients can expect the same creative & assured approach to project management, augmented by his extensive first-hand experience of working closely with the world’s best creatives & directors. All of this will feed into the next stage of our evolution, & provide a fresh perspective to how we service clients”.