'Give A Shit' for World Toilet Organisation 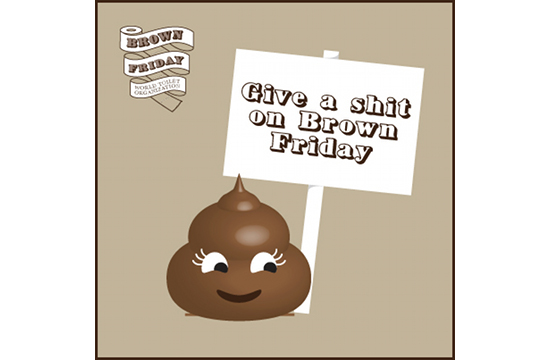 Saatchi & Saatchi Singapore and the World Toilet Organization have launched a crowdfunding initiative to improve sanitation for school children in South Africa. The tongue-in-cheek campaign hijacks the start of the shopping season, known as Black Friday, and asks people to "Give a Shit" on “Brown Friday” and make a donation towards $30,000 needed to build a toilet facility in a school in KwaMashu, South Africa. This is the first of 10 toilet facilities for school children aimed to be built in 2014.

The issue of lack of proper sanitation around the world was highlighted thirteen years ago by Singaporean Jack Sim, the founder of the World Toilet Organization. Sim was named one of the Heroes of the Environment by TIME magazine in 2008 for his advocacy in the area of toilet sanitation, and in 2013, his long-term campaigning paid off. World Toilet Day was officially recognized by the United Nations on 19 November. 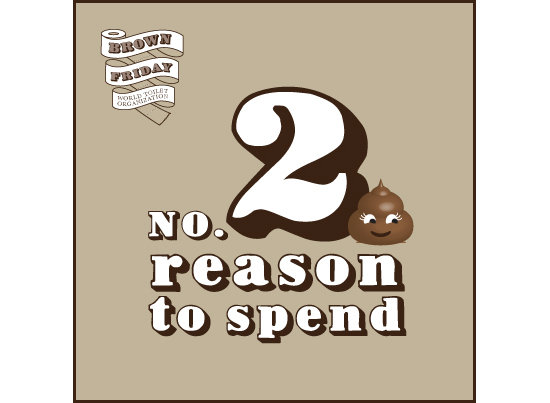 The “Brown Friday” campaign is activated online and is hosted on the fundraising website www.indiegogo.com. It is open for donations until 6 January 2014, and all contributions will receive thank you gifts in line with their level of donation.

There are approximately 24,000 public schools in South Africa and less than 8,000 have proper toilet facilities for their students. Each school has an average of 800 students yet there are only 3 cubicles in each school toilet. The provision of hygienic toilet facilities contributes directly to the standard of education received by pupils, and school sanitation is directly correlated to increasing levels of gender equality. In South Africa, inadequate sanitation causes girls to miss an average of 4 days of school per month, and 57% of girls choose not to attend school during their menstrual period.

The provision of clean and safe toilets in schools will lead to a healthy learning environment for children, and Saatchi & Saatchi Singapore believes that children should have the best start at life. Adequate sanitation facilities in schools changes lives and its impact reaches far into the future – promoting health, dignity and well-being to our future generation of leaders and changemakers.

To support the “Brown Friday” project, please go to http://www.indiegogo.com/projects/brown-friday.