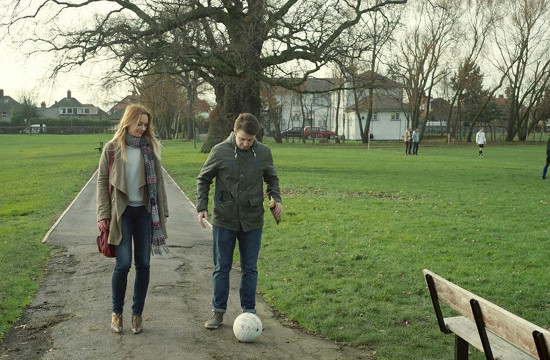 M&C Saatchi Group and Ginsters, the number one brand in savoury pastries and sandwiches, have unveiled a tongue-in-cheek integrated campaign – ‘Feed the Man’ – celebrating the heroic and often unspoken acts that the men of Great Britain perform on an almost daily basis.

The campaign, launching on Wednesday 12 February, centres on a pair of TV ads – ‘The Joke’ and ‘The Return’ – which position Ginsters as the fuel and reward for everyday ‘Moments of Manliness’. In each humorous execution the protagonist conquers a test to their manliness with the help of a Ginsters peppered steak slice, which fills them with “the flavour that makes a man’s inner confidence rigid”. Both ads end with the line ‘Feed the Man’.

In The Joke, our hero embarks on a quest to make his girlfriend’s colleagues laugh, while in The Return he must kick back a stray football to win the heart of his fair companion – in each he succeeds, all thanks to Ginsters.

The ads, which target everyday men, will run as shorter 10” versions later in the campaign, while print executions will be deployed in-store and on the sides of Ginsters vans.

Linda Evans, Sales & Marketing Director at Ginsters, added: “This fun campaign captures precisely our ethos at Ginsters. We wanted to implement a high impact, multimedia campaign building on the cheeky humour that defines our brand while celebrating and engaging our consumers. These ads undoubtedly achieve this.”

ATL activity is being handled by M&C Saatchi, while M&C Saatchi PR is running social media and consumer PR elements. Three consumer PR campaigns will be rolling out later in the year to continue the celebration of ‘Manliness’, through traditional and social media. M&C Saatchi won the account from Grey London without a pitch in October 2013.