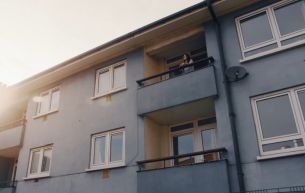 giffgaff has co-created its first series of documentaries, covering topical issues that are affecting young people in the community today. The series, Perspectives, has been produced by VIRTUE Worldwide, the in-house creative agency at VICE Media, and will premiere across a range of VICE channels.

The first in the series tells the story of the housing crisis in London, focusing on the issues facing young and creative community who have struggled with finding affordable accommodation in the capital.

The film follows the stories of individuals who, for various reasons, have opted to live within live/work communities and housing guardianship schemes, rather than enter the traditional renting model. All are bound by a desire to find a sustainable way to live that does not compromise their sense of community and allows them to live in alternative spaces in alternative ways.

The individuals range from a trainee chocolatier living in a disused nursery school, to a hairdresser running her business from a caravan in the back garden of a South East London guardianship property.

Despite the initial appeal and success of housing guardianship, these schemes are facing the familiar challenge of rising rents, coupled with increased instances of commercial companies abusing this system. The resulting insecurities – including the risk of short notice evictions - are another facet of the nation’s growing housing crisis. Through this documentary, these stories are told in a brave and honest style that highlights the generational divide in property ownership, as well as shining a light on unorthodox but legitimate solutions.

Abi Pearl at giffgaff said: “We are continuously looking for the right partners to collaborate with on every level. VIRTUE Worldwide are renowned for their sociological examination and a core belief in lateral thinking.  At giffgaff we have applied this sort of thinking to how we believe mobile networks can be; we created “giffgaff Perspectives” honing in on our desire to take a fresh, different look at things, and look for other solutions outside of the norm.  The series of documentaries look at things from a new perspective (as we have done in the mobile market), challenging the norm, supporting a sense of community, through the individual and collective stories that are told. We're really proud of the series as not only are they insightful stand alone stories but they also offer us a powerful and original way for us to connect with our audience beyond mobile and empathising with things that matter to them.”