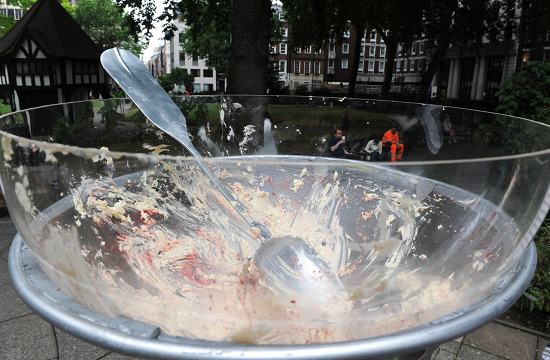 To celebrate the launch of their new Love Every Mouthful campaign, Tesco attempted to set the Guinness World Record for the world’s largest Eton Mess.

Weighing a staggering 167kg the mouth-watering gargantuan dessert, placed in an oversized martini glass in central London, consisted of almost 50kg’s of fresh British strawberries, raspberries and blueberries, 50kg of double British cream, 5kg of elderflower cordial and 24kg of good old smashed up meringue. Over the course of the morning 2,000 portions of the mammoth dessert were handed out to surprised London commuters who were all encouraged to celebrate the tasty traditional British dessert by devouring every piece en masse. There were clean bowls all round. 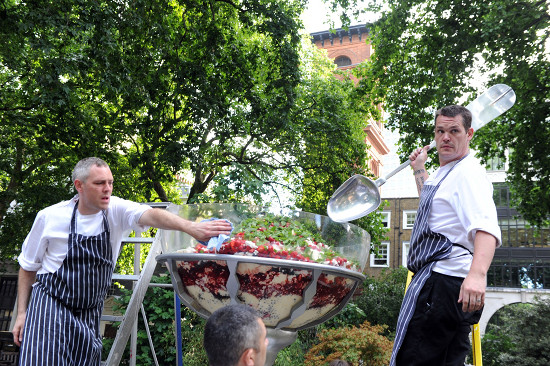 Paul Jones, Tesco’s fruit buyer, commented: “We test over 20 varieties of fresh handpicked strawberries every week to make sure only the sweetest end up on our shelves, so it’s great seeing so many in one gigantic bowl whipped together with cream to create this British classic. It looks like Wimbledon, the arrival of Prince George and this spell of great weather have reignited our passion for this iconic British summer fruit. We’re selling 20% more than this time last year and the giant Eton Mess was finished in half the time expected!” 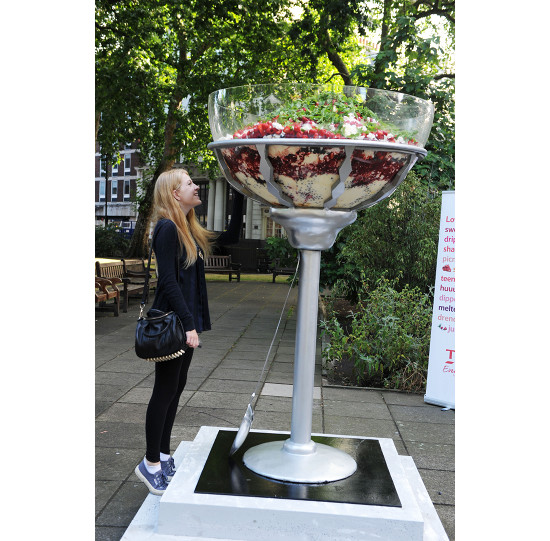 For more information on Love Every Mouthful please visit www.tesco.com/LoveEveryMouthful  or join the conversation at #loveeverymouthful.