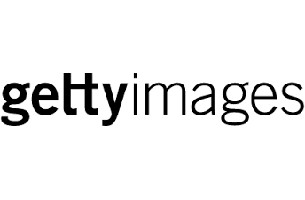 In celebration of its 20th anniversary year, Getty Images has unveiled its milestone Legacy Collection – an expertly curated retrospective of Getty Images’ most ground-breaking, significant and memorable imagery. A rich visual history showcasing some of the world’s biggest moments, the Legacy Collection has been curated from Getty Images’ unrivalled growing collection of News, Sports, Entertainment, Archival, Reportage and Creative imagery. The collection is being released in weekly sets of 15-20 images, with the first set of images available from today on the Getty Images app. Viewers can discover the story behind these images with behind-the-scenes interviews and videos with world-class photographers also featuring in-app.

The Getty Images Legacy Collection has seen over 100 iterations as Getty Images’ global team of editorial, archival and creative image experts collaborated to select 200 images from its collection of almost 200 million assets – images to admire, entertain and motivate conversation and inspiration.

“Over the last 20 years I have been privileged to bear witness to the defining images featured in the Legacy Collection, and to work with the remarkable photographers responsible for documenting the world’s most important moments. Many of them have contributed to this collection - and had an opinion about it!” said Jonathan Klein, Co-founder and CEO of Getty Images.

“All moments, whether painful, joyful, serious or entertaining, are reflective of the human experience. I am extremely proud to launch this milestone collection in our 20th anniversary year, a collection that, at its core, reflects the world back to itself through the very best imagery. I am grateful to the photographers who have created this extraordinary work and who are the true heroes of our company.”

- John Moore’s poignant photo of a woman mourning her fiancé, who was killed in Iraq.

- Lauded photojournalist Brent Stirton’s haunting photo of a deceased Silverback Gorilla being transported out of the jungle by an Anti-Poaching unit, an image which has helped raise over US$50 million for gorilla conservation.

Images showcasing the memorable moments in entertainment and the biggest moments in sports include:

- Michael Jackson’s last show rehearsal at the Staples Center in 2009.

- That kiss between Britney and Madonna at 2003’s MTV Video Music Awards.

- A close-up of Evander Holyfield’s ear after his close encounter with Mike Tyson in Las Vegas in 1997.

- The iconic image of US swimmer Michael Phelps beating the Olympic record to win one of his many gold medals during the Athens 2004 Summer Olympic Games.

- A day in the life of California’s socialites captured by celebrated American photographer Slim Aarons in 1970.

Creative imagery that serves as the cornerstone of global advertising campaigns demonstrates the power of visual metaphor and the power of advertising to change the way we view the world – as evidenced by this Thomas Barwick image which, as part of the Getty Images Lean In Collection, is driving a more authentic and powerful representation of women, girls and the communities who support them.

The Legacy Collection will be reviewed annually with those images which are memorable, significant and ground-breaking added to the collection over time.

The Legacy Collection is available to view  on the Getty Images’ iOS app, with 15-20 images released to the app weekly, starting today. Behind-the-scenes interviews and videos with the world-class photographers behind these iconic images will also be featured in-app and on Getty Images’ Stories & Trends platform. The app is available on iPad and iPhone 4S and higher devices, as well as iOS8 compatible devices. The Getty Images app can be downloaded for free from the iTunes App Store today.