Getty lends unfettered access of its award-winning imagery to campaign 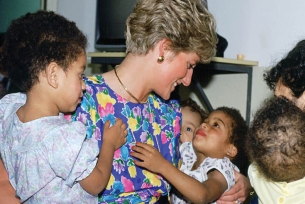 Spearheaded by Project Everyone, the brainchild of British filmmaker, humanitarian and campaigner Richard Curtis, the Global Goals campaign is set to be the biggest advertising campaign of all time. Aiming to reach 7 billion people in 7 days, the campaign runs from 25th September, 2015, when 193 world leaders will adopt these Global Goals at the United Nations Headquarters in New York.

As a founding partner, Getty Images has been working with Project Everyone giving them unfettered access to its award-winning imagery and best-in-class photographers to help the campaign reach, connect and engage groups across the world. Getty Images’ premium content is featuring in 100,000 advertisements around the world, bringing the global goals messages to life in iconic locations such as Times Square, Piccadilly Circus and The Petronas Tower in Kuala Lumpur.

“Imagery is a critical part of the Global Goals campaign,” said Susan Smith Ellis, Chief Marketing Officer at Getty Images. “Images transcend language and are universally understood, making them highly evocative.  They are the lingua franca of our time. Reaching 7 billion people in 7 days is an audacious undertaking and it is the power of our images that helps to make this possible.  Getty Images is proud to be using its library of creative and editorial imagery to help spread the word about the Global Goals.”

Selected from among Getty Images’ almost 200 million assets, powerful creative and editorial imagery and video is being used across the Global Goals campaign advertising efforts, including billboards, digital, websites and social media short films. Getty Images’ industry-leading photographers will also document all the event activations, including the Global Citizen Festival that took place in New York on 26th September and, in a world first, captured a 360-degree image of the General Assembly in session.