Getty Images Unearths ‘Endless Stories’ Behind the ‘Fight of the Century’

Getty Images and AlmapBBDO launch a short film made entirely out of Getty Images content, highlighting the parallel stories that can found in a single event 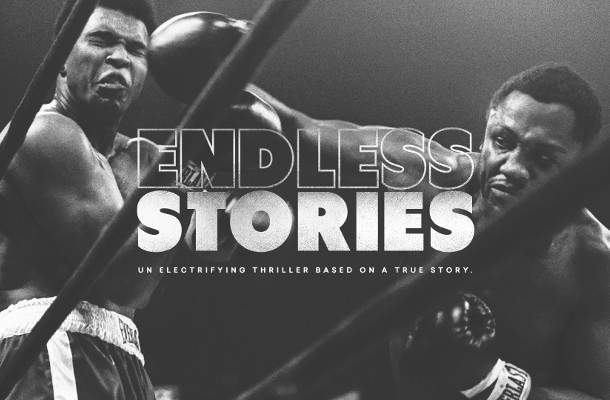 Getty Images and agency AlmapBBDO created a short film telling the stories behind the story of what happened on the day of the ‘Fight of the Century’; the famous boxing match between Muhammad Ali and Joe Frazier. Stories just as improbable as the result of the fight, including Frank Sinatra’s ringside presence and Frank Lucas’ grand entrance, among other famous faces. Another example of the endless possibilities of Getty Images’ editorial archive.
‘Endless Stories’ is a short film made entirely out of Getty Images content, showing how Muhammad Ali was defeated for the first time in his career on March 8th, 1971, by Joe Frazier. More than that, though, the idea behind the project is to show some of the other stories that happened on that very day, in the same place, while the fight was going on.
For example, the story of how Frank Sinatra managed to get in even after tickets sold out. Or how North America’s biggest drug dealer was identified by the police that night, because he sat in the first row wearing a $100,000 chinchilla coat. Unearthed from the Getty Images archives, these are the amazing stories that paralleled with a truly historic event.
‘Endless Stories’ was created by AlmapBBDO and produced by Stink Films. In addition to the electrifying short film, the project includes an interactive video and website where the audience can see even more stories featuring an illustrious cast of characters that were present on March 8th, 1971, such as Bob Dylan, George Foreman, and Miles Davis. To watch these parallel stories, the audience must press 8. The editorial images (videos and photos) are also available to be seen and licensed.
The project also includes social media strategy and posters of ‘Endless Stories’.
view more - Creative