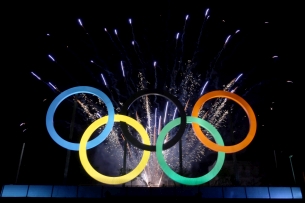 “Getty and the IOC have worked together for over 25 years and we are honoured to be expanding our long established relationship to fit the evolving needs of the Olympic Movements and its key stakeholders,” said Ken Mainardis, Vice President, Sports Imagery and Services, Getty Images. “Social media and the proliferation of channels through which people consume content have made a huge impact on the way we watch and experience the Olympic Games. Powerful imagery that tells a story has never been more important. It drives engagement and singlehandedly inspires and evokes emotion. We are delighted with this opportunity to provide riveting content that will inspire and engage sports fans all over the globe.”

Timo Lumme, Managing Director of IOC Television and Marketing Services, said, “We are pleased to be able to continue our long-term agreement with Getty as the official photographic agency through to 2020. As a leader in the photographic industry, Getty has demonstrated its ability to capture the magic of the Olympic Games and the inspirational achievements of the Olympic athletes for many years. Through Getty’s global distribution platforms it is able to meet not only the Olympic Movement’s needs, but also support media organisations around the world with fantastic Olympic imagery.”

The extension of this long-standing relationship underlines Getty Images’ commitment to the IOC and to the Olympic Movement, including Worldwide TOP Partners, National Olympic Committees and athletes. The agreement includes rights to use Getty Images’ world-class imagery and services on the soon to be launched Olympic Channel.

“We anticipate Rio 2016 will be the most visual Olympic Games yet as we bring our photographic excellence to capture the beauty of Rio and the intensity and excitement of this world-class sporting event. Our photographers’ original perspective on sports, gained through years of specialist sports photography experience, will ensure Getty Images captures the best and most unique Olympic moments as they happen,” added Mainardis.