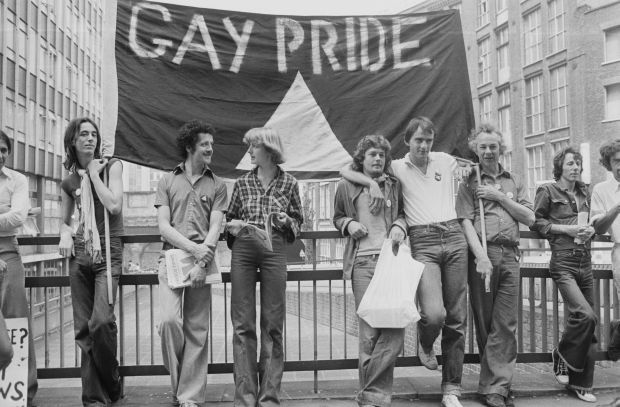 To celebrate Pride in London’s Jubilee, marking 50 years since the Stonewall riots, M&C Saatchi and Getty Images have launched Capturing the Rainbow, an exhibition of UK Queer culture through the ages.
Curated in partnership with Queer Britain, the national LGBTQI+ museum, the Capturing the Rainbow exhibition features iconic images from the Getty Images’ archives which can be seen at M&C Saatchi’s office in Soho, London until 6th July 2019. 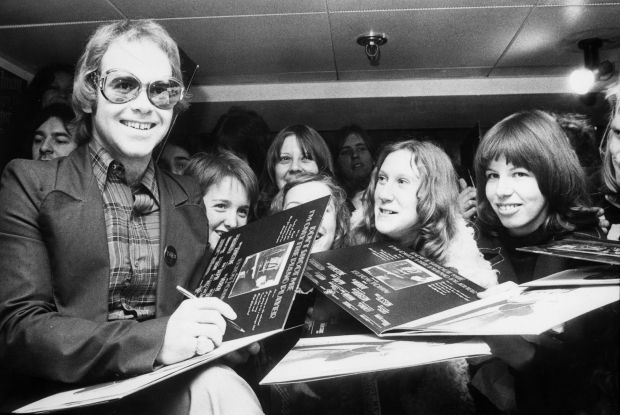 Pop Pianist: 20th January 1973: Pop star Elton John (Reg Dwight) at Noel Edmonds record shop in the King's Road, Chelsea signing copies of his album, 'Don&#39;t Shoot Me I'm Only the Piano Player'. (Photo by Michael Webb/Keystone/Getty Images).
The exhibition captures milestones and moments of the Queer experience, covering the hidden lives of the early 20th Century, the rebellion and protest of the 1960s and 1970s, the HIV/Aids Crisis of 1980s and 1990s, through to the representations of LGBTQI+ identities we see today in politics, arts and advertising. 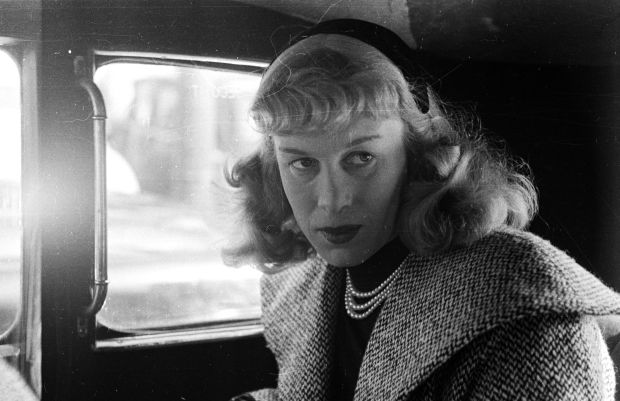 From Man To Woman: 27th March 1954: Transsexual Roberta Cowell, formerly Robert Cowell in a Paris taxi. Roberta was once a Spitfire pilot, prisoner-of-war, racing motorist, husband and father of two, but has become a woman following hormone treatment and surgery. Original Publication: Picture Post - 7078 - Roberta Cowell's Own Story - 3: My Years of Crisis - pub. 1954 (Photo by Maurice Ambler/Picture Post/Getty Images).
Guy Merrill, global head of art at Getty images said: “The Capturing the Rainbow exhibition celebrates 50 years of progression since the Stonewall Riots and takes us on a journey through the history of LGBTQI+ lives in the UK. It acknowledges and pays homage to those who came before us, and those who continue to fight for equality today. 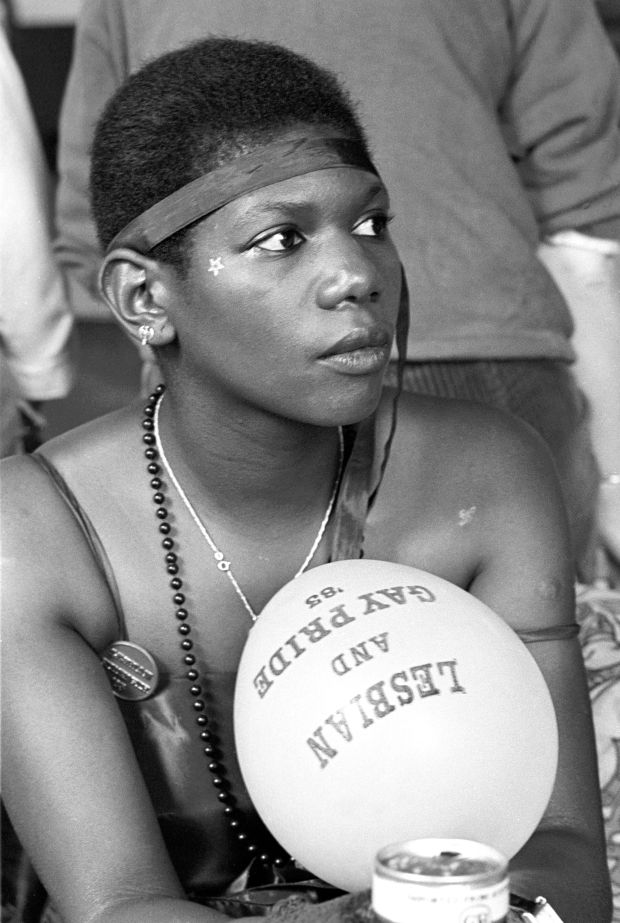 Lesbian & Gay Pride London 1983: Lesbian Gay Pride, London 1983. (Photo by: Photofusion/Universal Images Group via Getty Images).
“The photography featured in the exhibition also highlights how far there is to go in advancing the rights of the community, not just in the UK but around the world – and the vital role the imagery we see around us every day plays within this. The representation of LGBTQI+ individuals within media and advertising is still limited, and many brands are facing accusations of tokenism particularly during Pride month. It is vital that brands and media work with the community in front of the lens, and behind it, to create content that represents the full spectrum of individuals under the LGBTQI+ banner in an authentic way.” 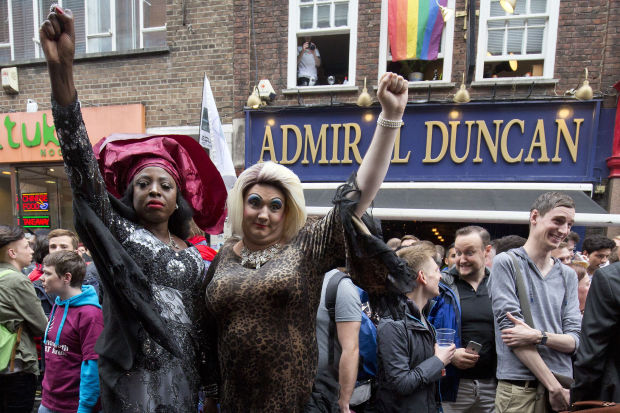 BRITAIN-US-ATTACKS-GAY: People gather outside the Admiral Duncan pub in Old Compton Street in the Soho district of London for a vigil in commemoration and solidarity with the victims of the Orlando massacre, on June 13, 2016. Several thousand people gathered in Old Compton Street, London's gay centre, for a vigil for the victims of the Orlando attack. They held two minutes' silence, before releasing 49 brightly coloured balloons into the sky (for the dead), to cheers and whoops. / AFP / JUSTIN TALLIS (Photo credit should read JUSTIN TALLIS/AFP/Getty Images).
Analysis of over a billion keyword searches for images on Getty Images’ platforms shows that brands and media are now looking to use more varied imagery to represent the wider community. Searches for the term ‘inclusion’ have trebled each year on Getty Images platforms and are now up 205% year on year, the keyword “queer” has seen searches increase 178%, “gender change” searches are up 2100%, “transgender” up 88%, “LGBTQ” up 137%, “gender fluid” up 120%, and “same sex family” searches are up 167%. 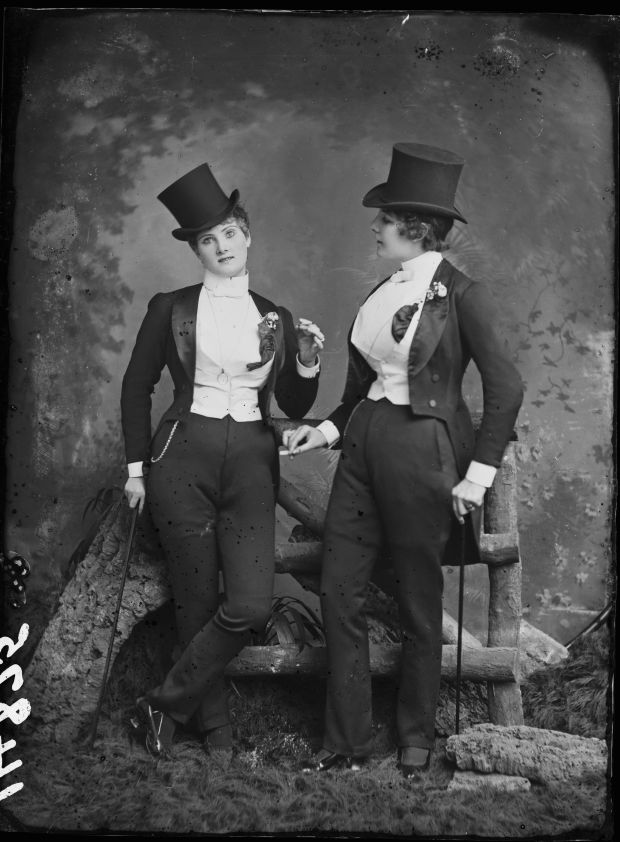 Male Impersonators: Two male impersonators in Victorian England, circa 1870. (Photo by London Stereoscopic Company/Hulton Archive/Getty Images).
The exhibition is part of a wider programme of events from Getty Images, an Official Media Partner of Pride in London, examining the visual representation of LGBTQI+ identities. A panel discussion, Capturing the Rainbow – Embracing the LGBTQI+ Community with authenticity will take place on Wednesday 3rd July 2019 with speakers from M&C Saatchi, Getty Images, Pride in London and Gay Times debating how brands can be a true ally to the community throughout the year, not just during pride month. 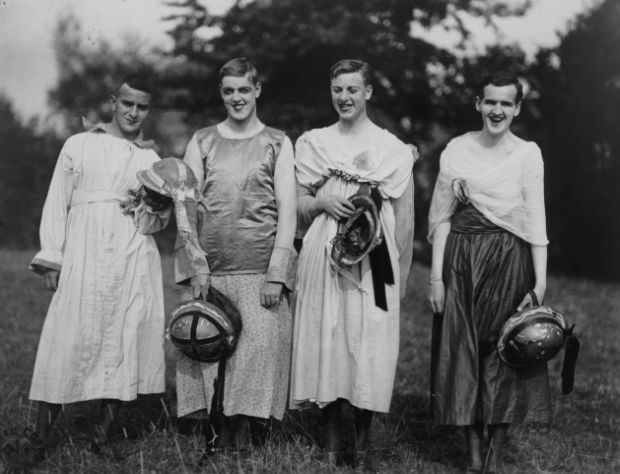 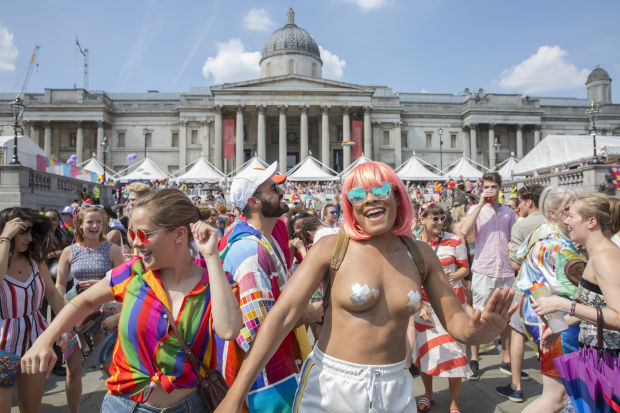 London Pride Parade 2018: A topless woman with crosses over her nipples dancing during the Pride in London music festival at Trafalgar Square on the 7th July 2018 in central London in the United Kingdom. 30,000 marched through central London for the city's annual LGBT Pride celebration. (photo by Sam Mellish / In Pictures via Getty Images).
Main image credit: Gay Pride Protest: Gay Pride demonstration at the Old Bailey, in occasion of the start of the prosecution alleging blasphemous libel brought by Mary Whitehouse against the homosexual newspaper Gay News, London, UK, 4th July 1977. (Photo by Evening Standard/Hulton Archive/Getty Images).
view more - Awards and Events