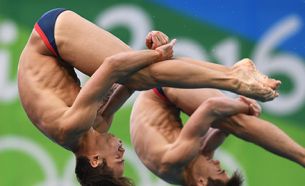 Getty Images has today announced the launch of an immersive new website experience with an emphasis on engagement and an easy consumer-centric navigation. Designed with fans of great imagery in mind, this new website and mobile experience is aimed at the 97 per cent of visitors who come to gettyimages.com to admire and browse the latest imagery, rather than license content for a commercial purpose.

The new consumer experience draws people in to view Getty Images’ extensive library of over 200 million images through a series of galleries expertly curated by event, personality or topic. Using seamless social media integration, visitors can now share their favourite moments or galleries instantly with friends, family and followers.

The launch marks a significant step in Getty Images’ Getty Images Everywhere strategy, which sees the company harnessing monetisation opportunities within the consumer market in addition to its traditional B2B licensing business. Visitors to the Getty Images site who are not signed into a Getty Images account will from today automatically access the new consumer-enhanced website. The usual Getty Images image-purchasing experience will remain in place for business customers.

Dawn Airey, CEO of Getty Images, said: “The launch of our new consumer experience is the next step in our Getty Images Everywhere strategy. Our mission is to connect people – wherever they are, whatever their interests – with the exceptional content produced by Getty Images photographers every day. We know people love our imagery and with this latest enhancement we have created an expertly curated, immersive experience that enables them to easily access, enjoy and share the moments that matter to them most – starting with the upcoming Rio Olympic Games.”

The new enhancement includes an immersive Rio 2016 Olympic Games platform to bring the Olympic experience to everyone. As well as the most powerful and heart-stopping stories from Rio, the platform also includes local athlete and country profile pages, specific sporting event pages, all the behind-the-scenes action, 360° photography and historic Olympic imagery dating back to the first Modern Games in 1896.

“Getty Images has unparalleled access to the world’s major events in news, sport and entertainment and employs the world’s top image curators who know how to surface the best content as it happens. This unique expertise will provide consumers with a rich, timely visual experience of their favorite moments like never before,” added Dawn Airey.

For the upcoming Rio 2016 Olympic Games, Getty Images will deploy a team of over 120 people including an elite roster of award-winning specialist sports photographers who will capture over 1.5 million images in Rio. In addition to a gigapixel specialist shooting key venues and moments as 360° panoramas, all Getty Images photographers will be armed with 360° cameras, transporting viewers into the heart of the Olympic action. Overhead and underwater robotic cameras will capture coverage daily at ten athletics, gymnastics and aquatics venues. All of this content will be served up via the new consumer website in as little as 120 seconds from the moment of capture, making gettyimages.com the only place to see all the Olympic action as it happens.

The consumer website launch follows the launch of the Getty Images embed tool which made 60 million of Getty Images’ photographs free to share for non-commercial use, and recent partnerships with industry innovators such as Twitter Moments, Google Chromecast and Oculus.