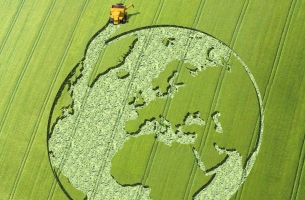 Getty Images, the world’s leader in visual communications, today announced it has joined the Project Everyone founding team to support the mission of reaching 7 billion people in 7 days with the UN’s Global Goals campaign, which launches in September this year.

The UN’s global goals are a set of ambitious targets to end extreme poverty, fight gender inequalities and tackle climate change for everyone around the world by 2030.

As a founding partner, Getty Images lends the depth and breadth of its award-winning imagery and best-in-class photographers to bring to life and educate the world about the UN’s 17 global goals.

“We passionately care about imagery as an agent for change. Our images move the world, acting as a catalyst on many levels, and we are honoured to support this important initiative and use the power of our award-winning visual content to raise awareness of the 17 global goals for 2030 - amongst 7 billion people in 7 days,” said Susan Smith Ellis, Chief Marketing Officer at Getty Images. “If we can picture this world, we can be this world. Tell everyone.”

Getty Images’ team of visual anthropologists will curate the imagery, which spans creative and editorial content from Getty Images’ collection of over 100 million digitized images.

Project Everyone is the ambition to make the Global Goals for Sustainable Development famous. The brainchild of British Film Director and Humanitarian Richard Curtis, Project Everyone has the ambitious mission this September of spreading the new global goals to 7 billion people in 7 days. For further information please visit http://www.globalgoals.org.