Created by Dept Agency and Czar Amsterdam, this film offers something a little different from the traditional Christmas tear-jerker 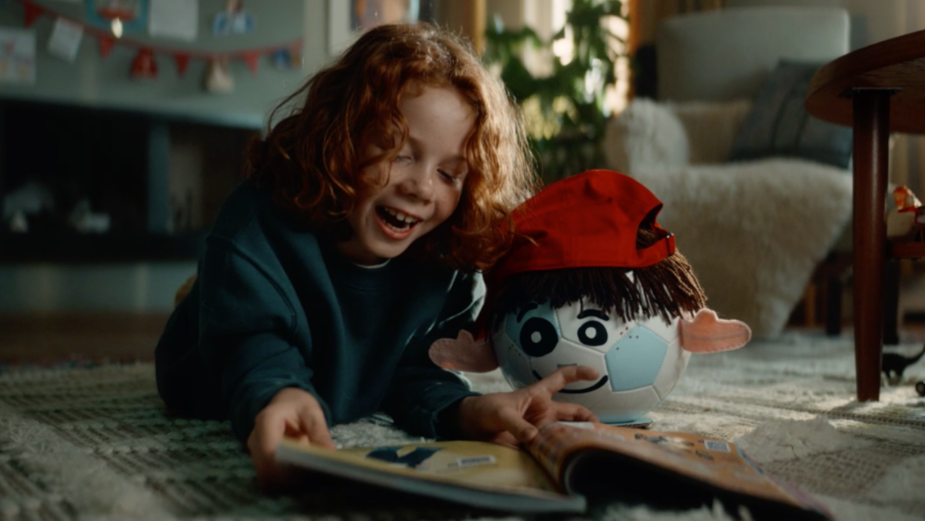 With the upcoming Sinterklaas holiday – the Dutch equivalent of Santa Claus – Dutch online store Bol.com has launched their festive campaign with a film made by director Willem Gerritsen.

The film is all about Bol.com's 'Wish-List-Poster' that helps children tell Sinterklaas what they most want as a gift. In the film we follow a cinematic story about a young boy who is longing for the perfect Sinterklaasgift: a doll. When he receives a football instead, he makes the best of the situation and dresses the ball up – as a doll. The two become best friends, until - with the help of the Wish-List-Poster, the boy gets what he has been hoping for. Dept Agency, who are behind the concept, reverse traditional gendered gift-giving by having the male protagonist reject a football in favour of a doll.

Director Willem Gerritsen, with the help of a moving track, gears the audience up for an emotional finale: with a touching montage of various scenes in which the boy adores his football-doll. But Gerritsen does not present us with a typical happy ending, cutting the music montage off, to have the boy abruptly kicking his formally loved ball into the garden.

A sweet and finally funny film, that is aimed at getting people to talk about bol.com as the number one store when it comes down to Sinterklaas gifts.

The commercial is now live on television in The Netherlands and Belgium.