Get Some Nightmare-Fuel In This Royal Marines Spot by WCRS 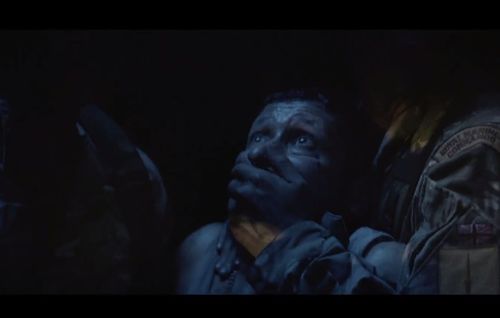 The 30 second TV and 60 second cinema spots were shot by Jonny Hardstaff at RSA films and centre around a member of a drug cartel asleep at his post, his dreams are full of imagery conjured up by the tales he has heard about the extraordinary stealth, strength of character and skill of the Royal Marines Commandos. He is yet to meet one of these exceptional individuals, that is until he wakes from his dream to find he is not alone and is arrested by the UK’s elite amphibious force.

The communications strategy and media planning for the campaign was developed by MEC, who won the combined Royal Navy and RAF strategic communications and planning account in March.

Paul Colley Head of Marketing, Royal Navy said: “WCRS came up with a great concept for Royal Marines Commandos as part of their recent pitch to retain the RN business. As we looked to develop the State of Mind proposition the creative really came to life by highlighting the amazing skills and training that makes the modern Royal Marines but delivered in a really different way.

Billy Faithfull, Creative Director, WCRS said: “As every Royal Marines Commando will tell you, it really is a state of mind, a glint in the eye, an attitude that separates them from other armed forces. We’ve always endeavoured to explore this state of mind in a narrative space, but in this case, a truly integrated campaign allows us to start that story in fantasy where it works best, in TV and Cinema, and continue it in documentary fashion online, giving these extraordinary men a voice, to express that state of mind in their own words.”

Andrew Green, Commercial Development Manager, e3 said:  “The State of Mind campaign gives the Royal Navy’s new website the perfect opportunity to show what it can do & how it can support other channels as part of an integrated campaign. Working closely in partnership with WCRS, MEC & the Royal Navy itself on the Royal Marine Commandos recruitment campaign has enabled us to tell us tell a strong, consistent story across all media.”

Editor: John Smith at The Whitehouse

Audio: Will Cohen at String & Tins