Get Selfie Tweets from Kim Kardashian with T-Mobile's Superbowl Campaign 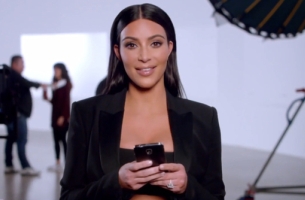 The new social experience created by Tool and leveraging interactive director Jason Nickel’s proprietary dynamic video platform, Imposium, asks twitter users to watch a 30-second dynamic film that becomes personalized with connection to each user’s Twitter account. The film integrates the user’s handle and ends with them receiving a tweet from KK herself with exclusive content. Controlled by Kardashian, the tweet comes from the T-Mobile handle with many exclusive images so that the user can repeat the experience multiple times with a variety of entertaining results. Click here to try the social experience. 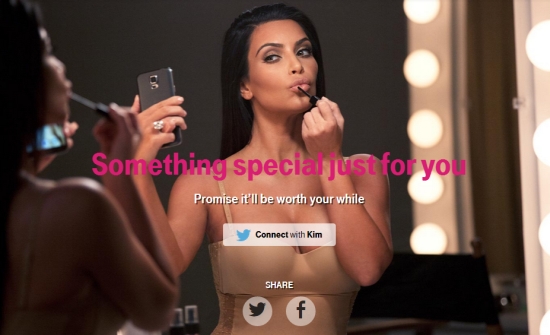 Big Fuel and Tool’s joint effort resulted in a unique technological accomplishment in social media, with video that dynamically renders cross-platform in under 20 seconds.

“This is a completely new exclusive tool that has never been launched on this scale,” said Nickel. “Over 5000 servers are needed to support the renders and the site itself – Twitter had to open its bandwidth cap for this.”