Get Rid of the Diddle in the Middle

According to Rob Baiocco, CCO at The BAM Connection, it should be every agency’s new year’s resolution 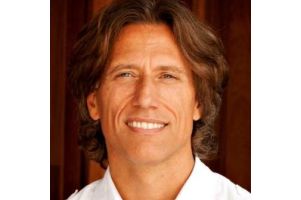 Somewhere between the people who actually do the work, and the ones with the authority to make the decision, lies the Diddle in the Middle. The crush of agency middle management who don’t do, and can’t decide. These are the acronym-loving, job inflators who waste the majority of everyone’s time. They make endless strings of meetings to occupy their days, cook up pointless research projects that lead nowhere, dig holes only to fill them back up again. They are the reason for all the pushed back timelines, the late fees, and why jobs take six months when they could take six weeks, or six days.

Here’s a New Year’s Resolution: get rid of the Diddle in the Middle, and create the new streamlined agency model.

It’s a fact, in the middle of large agencies everywhere there’s a big, flabby spare tire of people clients pay for who don’t make things happen. But even worse than not making things happen, they actually get in the way of making things happen by blocking and delaying progress. We’d all be better off if they were kind enough to just remain neutral.

When you’ve worked and lived this complexity on a daily basis, you know exactly what’s adding value, what’s not, what’s gumming up the works, and what could and should be cut out. The people who don’t do and can’t decide get eliminated immediately because there’s no longer time or money for them, and honestly, never should have been.

It consists of three parts. That’s it. Thank God.

1. Smart people who do

These are workers who actually do work. They have ideas. They create real output. They’re hungry, of the moment, of the time, up on technology and current events. Front-liners who make things happen.

Smart, seasoned, decisive managers who’ve honed a razor-sharp instinct for getting to the answer. They know when it’s going right, and when it’s going south because they’ve seen it before. With lots of knowledge to draw on, they take advantage of opportunities, and avoid land mines, all while clearly directing others to success. They, too, have ideas because they’re engaged workers, not “bosses” walking around puffing on a cigar while everyone else does all the work.

Whatever your particular core competencies as an agency, web design, branding, promotion, these partners complement what you do. And they have ideas.

The lead agency team, which can come from any discipline, moves these partners in and out on an as-needed basis, depending on the specs of a particular job. So in this model, clients only pay for what they need, no more. They only pay for people who actively work on their business. This creates massive cost efficiency, because there’s nobody sitting around waiting to work; and it eliminates those jokers who just show up for the $200-a-head holiday party at Le Bernadin. It also creates massive time efficiency because there’s now one centralized meeting, and the people who need to come, come.

In case you haven’t noticed, there’s one perquisite for all members: they have ideas. This industry is based on idea generation. No ideas, no job. Go work in a different field.

In fairness to this “Diddle in the Middle,” they didn’t necessarily choose their lot, although some seem to really enjoy it. Sadly, it’s a curse in corporate America that many have the ability to say “no,” and deter progress, but few have the authority to say “yes,” and advance progress. As a result, many get trapped in an inert, lackadaisical limbo, and there’s nothing left for them to do but prolong, postpone, revise, rework, and in the process, shackle any creative ideas in the chains of “make-work.” The new, streamlined agency model liberates the creativity by eliminating the Diddle in the Middle. And that makes for a very Happy New Year indeed.