Get Revenge on Your Ad Boss From Hell

High profile adlanders to be auctioned off as 'vintage interns' 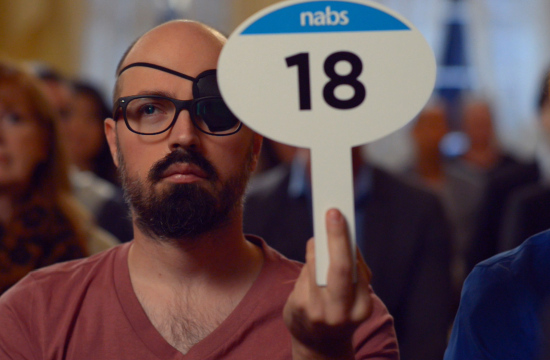 October marks the third annual NABS Vintage Intern Auction. The event allows bidders to seek “revenge” on 12 notable executives and thought leaders, in an auction where all proceeds go to NABS, charitable group in Canada set up exclusively to provide assistance to people in the communications and related industries who may need help due to illness, injury, unemployment or financial difficulties.

The auction, now in its third year, was developed by Toronto-based creative agency Zulu Alpha Kilo, who once again created this year's integrated campaign.

"The campaign taps into the insight that you don't get to the top without ruffling a few feathers along the way. We were fortunate that all of this year's interns were great sports and could laugh at themselves a little," adds Zak Mroueh, Chief Creative Officer & CEO at Zulu Alpha Kilo.

Some of the greatest minds in Canadian marketing and advertising will be auctioned off to serve as one day, unpaid, interns with top companies and organizations. All proceeds go to help the 1300 families supported by NABS in 2013. The auction runs the full month of October.

Bidders can assign interns to write a strategy, give a speech, hold a seminar, clean up the kitchen, consult, get coffee, even lead an employee hike. Minimum bid is $2000.00.

“As this program expands, we are finding the industry's top leaders and talent are eager to volunteer as interns.” said NABS Executive Director Jim Warrington. “This fundraiser has become an annual highlight, and the humour around this year’s revenge theme is hard to beat.”

Here the "interns" that are for bids: