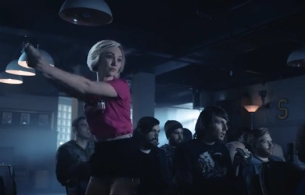 On 4/20, Ben & Jerry’s will launch their latest ingenious ice cream innovation, the BRRR-ito, which will be promoted with a Mekanism spot that pays homage to Apple's iconic ‘1984’ ad.

With a playful launch date, the social spot will be posted on Facebook and YouTube in a strategic, shareable move to reach millennial targets. Additionally, the agency developed creative for POS in Ben & Jerry’s Scoop Shops (where BRRR-itos will be rolled), as well as new Scoop Shop t-shirts to promote the new product