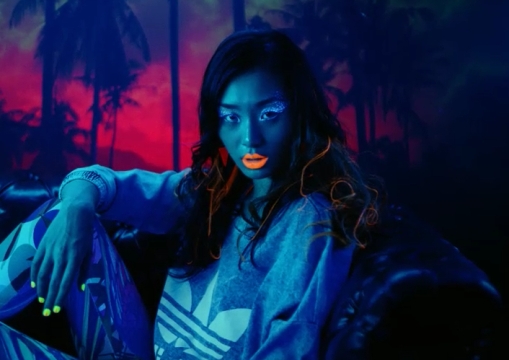 Being original is about doing what comes naturally, no matter what anyone else thinks. It’s about being true to you. It’s about saying #thisisme# – and being proud of it. That’s what the heart of the new adidas Originals #thisisme# campaign.

On August 18, the #thisisme# TV commercial will be released, and the entire adidas Originals family, including actress Fan Bingbing and the King of Asian Pop, Eason Chan – will be showcasing their #thisisme# moment throughout the campaign. Consumers will be encouraged to take part in the campaign to express their own personal #thisisme# story.

And to help express your #thisisme# moment, adidas Originals is introducing the latest members of its running family – ZX FLUX. From its unique silhouette to its diverse styling options, the ZX FLUX is unlike any other other adidas running shoe – innovating not just running technology but also design aesthetics and customization. This autumn, ZX FLUX will introduce surprising new prints and designs, including leopard prints, tree branch-based editions and reflective snakeskin prints, all of which perfectly demonstrate the originality of adidas Originals.

#thisisme# kicked off a teaser campaign starting July 28 on the streets of Shanghai and Beijing, where stencils featuring the #thisisme# hashtag were posted on street hot spots. On August 12, the campaign continues with a #thisisme# branded bus that will tour Beijing, Tianjin, Xi’an, Chengdu, Guangzhou, Hangzhou and Shanghai for seven weeks, boosting awareness of #thisisme# and the ZX FLUX. Users will be encouraged to take pictures on the bus for their #thisisme# portraits and post their images on social media such as Weibo and WeChat.

The #thisisme# concept and TVC were created by TBWA\Shanghai. The TVC launches nationwide on August 18 with the debut of the #thisisme# TVC – a vibrant, highly stylized spot shot on 35mm film by Dutch director Paul Geusebroek. It features the unique style of many China’s originals as well as multi-talented performers Eason Chan and Fan Bingbing.

This will coincide with the launch of the #thisisme# website thisisme.adidasevents.com, People who have the Originals’ blue DNA will be invited to express themselves by posting a #thisisme# portrait, detailing what makes them so unique – from how they wear their ZX FLUX to their own distinctive fashion, flavour or philosophy.

“#thisisme# reflects how the adidas originals brand truly connects to our Chinese consumers - we're not just another global campaign that has been translated into local language. #thisisme# is a locally developed campaign that is powerful and edgy and will get people talking,” said Simon Millar, the Brand Vice President, Sport Performance and Sport Style.

Five lucky #thisisme# participants – those with the most originality and personality – will be chosen for a chance to shoot their own #thisisme# moment, which will be edited within the #thisisme# TV commercial and debut onsite at the #thisisme# Finale Party.

Taking place in Shanghai on September 25, attendees can expect the unexpected, in addition to celebrity appearances, special guests and plenty of other surprises. Stay tuned!

video
This is Me Adidas
view more - Creative