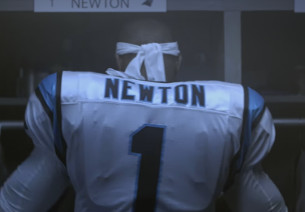 Football season is officially back, and kicking off Thursday night football is the 2016 Super Bowl re-match of the Denver Broncos and Carolina Panthers. Last year’s Broncos’ victory left Panthers quarterback Cam Newton at a career low. After putting in the hard work in the off season, he’s ready to step onto the field with the energy fans know and love, along with his undeniable athleticism.

Gatorade and TBWA has created a short piece, Let It Shine, telling the story of Cam’s off-season journey. Beginning from the low-point of last year’s Super Bowl defeat and working to the start of this upcoming NFL season. In the process, Cam rekindles the joyous personality that makes him such a fun and vibrant athlete.