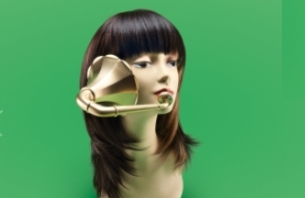 The agency’s work builds on its 2014 campaign for Advertising Week Europe by revealing the inspirations of leading figures in the creative industries.

Created by Carl Storey and Chris Godfrey, the campaign uses arresting images by the renowned photographer David Gill to dramatise quotes from influential people including Sheryl Sandberg, the chief operating officer of Facebook, chef and campaigner Jamie Oliver and the director Richard Curtis.

The work breaks on 26th February and runs for four weeks. It encourages people to “get inspired” and attend Advertising Week Europe, which runs in London from 23 March to 27 March.

Now in its third year, Advertising Week Europe provides a showcase for thought leadership from some of the world’s most inspiring creative and media industry leaders