Get Inspired at the ElDorado Festival in Colombia 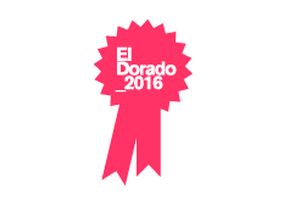 Bogotá will be the epicentre of creativity hosting the 5th edition of the ElDorado Festival, which will take place on November 18 - 22 at the Chamber of Commerce (El Salitre branch).

Since 2011, ElDorado has been celebrating creativity that solves real business challenges. The festival puts a spotlight on creativity across a number of disciplines.

The event will gather the most brilliant minds from creative industries all over the world, reflecting around 4 major subjects: Innovation, Advertising & Marketing, Design, Art & Architecture and Film, Music & Media.

The event will revolve around the subject of how creativity can contribute towards a bright future by promoting values such as collaboration, interconnection, sustainability, and transparency.

Paula Feged, executive Director of ElDorado, said: “Colombia is undergoing a truly important time in its history. Having lived in civil war for more than 50 years, peace negotiations have reached the final stage, signing a historic ceasefire deal with guerrillas in order to end the war. We believe that creativity will play a decisive role in this new era so we are taking on the challenge of telling this story of hope.

"In my opinion, creative industries have much to contribute. Last June, at Cannes Lions, Ban Ki-moon, the UN chief, called for the support of the creative community to convert a complex and abstract agenda into a personal and emotional story about how to build a better world. That, exactly, is our challenge in Colombia, in the region, and in the global scenario. That is where the creative industries, communications and brands can make their greatest contribution: imagining a better world. This is a very complex exercise, and particularly, in Colombia, the success of the peace negotiations will depend on own ability to imagine ourselves, and to dream of a different world,” said Paula Feged.

The Festival has become the landmark event for creative advertisement in Colombia, and a meeting place for professional working in the creative industries in Latin America. El Dorado is a local award, judged by a global jury. The high standard, objective and wide-angle view on the work ensures that the good is separated from the great and, in turn, from the magical.

True creativity translates through language, industry, region, religion, belief and borders, which is why the ElDorado´s jury panel represents a diverse mix of individuals, each bringing their own unique perspective.

Paula Feged, Festival Executive Director, commented: “We are extreme honoured to host such a talented group of individuals. For ElDorado, the search for gold is the search for ideas that make a difference; that efficiently use what’s there; that solve a problem for which creativity is the best solution. That is why we have called this wonderful group of people whose careers, both in the professional and ethical senses, is a landmark in the evolution of communications. They are the ones with the ability and responsibility to differentiate the work and be a fair arbiter of excellence."

The festival features two new categories: Mobile and Innovation. There will also be a special award for the Best BLT Agency of the Year.

Similarly, and in conjunction with Bogotá’s Chamber of Commerce, the festival presents the award Innovation for Peace Building. The latter initiative was launched with the purpose of promoting and rewarding the best ideas that contribute on a daily basis to the development of a culture of peace in Colombia. Participation in this category will be free; any business or institution can submit works.

“This award seeks to encourage the community of ad creative executives to join in with practical, analogic or digital exercises to encourage peace building in Colombia," said Andrés Ucrós, head of the Office of Peace Building at the Vice-Presidency of Public-Private Coordination of the Bogotá Chamber of Commerce.

Premiere show of creativity will dedicate two days to high-quality seminars where the leaders of different creative disciplines will be delivering seminars grouped in four main blocks.

Speakers in the Design, Art and Architecture slot include Ricardo Liniers, artist, editor and one of the most prestigious cartoonist in Latin America; Ale Paul, Founder of Sudtipos; Sara Kristoffersson, Professor at the College of Arts, Crafts and Design, Konstfack University; and Andrea Espinal, Digital Composer and Sergio Fajardo, Ph.D. In mathematics and considered one of the best mayors in Colombia when directing the urban and social transformation of Medellin in 2004-2007.

The Innovation Morning will showcase the award Social Innovation Startups in Creative Industries, reward business models that have been conceived with the aim of resolving social or environmental problems that are present in the field of the creative industries. The winners will receive the ElDorado Award and also the creative support of an important Colombian ad agency.

In parallel with the festival of Colombian creativity there will be ElDorado Learning, a space dedicated specifically to training, learning, and getting inspired by going deep into specific subjects. For this purpose, the festival will carry out four workshops on: Storytelling & Copywriting, led by Neil French; How to solve briefs in 48 hours, led by The Pop Up Agency; Lettering for the Masses, led by Ale Paul, and a two-day workshop on Brand Purpose and User Experience.

Additionally ElDorado will hold a Business Networking Meeting (Rueda de Negocios) with the purpose of strengthening commercial links among creative, production, communication, marketing, innovation, and digital content companies, among others. Together with the Bogotá Chamber of Commerce and the Creative Industries Cluster, El Dorado is calling all small, medium, and large companies to come together during the Festival to obtain and consolidate new businesses.

On its part, the Swedish Embassy in Colombia, together with the Swedish Institute (Sweden’s Promotion Agency), will present More than Marketing: Communicating the Swedish Way, an exhibit showcasing creative work in Sweden. The idea is to show that more than any other cultural manifestation, advertisement is a reflection of a particular time due to its capacity to keep up with the latest trends. The Swedish Ambassador in Colombia, Marie Anderson de Fritos, will inaugurate the exhibit.