Get In and Go Far with FCB Inferno's Apprenticeship Campaign

Agency launches cross-government campaign being run by the Department for Business, Innovation and Skills 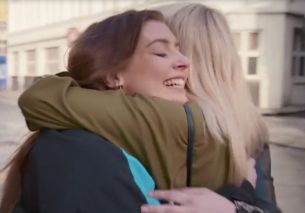 The government has this week launched a new advertising campaign to encourage more young people to choose an apprenticeship, supporting a commitment to create three million apprenticeships by 2020.

FCB Inferno has supported the new multi-channel Get In Go Far campaign by developing and delivering a creative concept which motivates audiences to see apprenticeships as a credible route into employment and shows the variety of sectors apprenticeships are now available in – including engineering, law and finance.

Get in Go Far is a cross-Government campaign being run by the Department for Business, Innovation and Skills (BIS). It has been launched with a run of television adverts for the first six weeks and will also run across social, VOD, supported by print, digital, display, mobile and OOH. BIS will be running in-house PR, stakeholder and partnership marketing.

The four year campaign targets young people aged between 14 -24, their parents, teachers and employers, and is an evolution of the 2014 campaign, which also involved a creative execution from FCB Inferno.

Get In Go Far focuses on 13 real life apprentices proudly telling their own stories as they experience work for the first time in observational style documentary films, also featuring their families and friends. We see them at work, discussing their experience with family and friends, and talking to the camera about the rewards of apprenticeships.

Forty days of filming was edited by Envy post production to create ten 20 second teasers, six 30 second TVCs and five 3 minute online films, as well as stills for four 6 sheets and four 48 sheets. FCB Inferno chose more dramatic style photography, by Alex Teffler, for OOH to give a hyper reality to the style, in the manner of TV box-set advertising.

The young stars were chosen from a list of hundreds of candidates and full casting method was applied, via phone, Skype and face to face, working with the video filming production agency, Firecracker.

Sharon Jiggins, FCB Inferno Managing Director, says: “Young people have an affinity for their own and this campaign is designed to motivate all audiences to see apprenticeships as reputable and highly sought after. We are very proud of this work that gives young people a viable alternative to university, opening up lots more opportunities for them.”