‘Get Glam’ VR Series Puts You in Celebs' Makeup Rooms 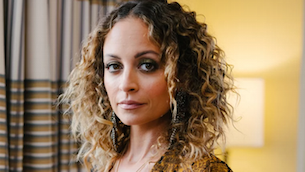 With social media running today’s digital world, influencers are a top priority for brands looking to connect with younger audiences. Influencers offer an opportunity to grab the attention of target consumers in a more genuine and human way, which brands quickly caught on to, leveraging trust, loyal followings and extensive social reach to lure in audiences. Now, brands and media shops alike are going the extra mile to offer experiences featuring unprecedented access for followers, taking them into the worlds of their favourite influencers using the power of immersive technology. Recently, Refinery29 partnered with Light Sail VR to infuse immersive 180-degree content into its influencer-studded Get Glam VR series, ultimately creating a craft cocktail of marketing for viewers to remember long after experiencing it. All videos appear on Refinery29’s YouTube channel, which boasts over 1.7 million subscribers, and were also touted personal social media pages of the on the influencers and talents.

The Get Glam VR videos were produced and fully edited by Light Sail VR, and allowed viewers to put on a VR headset or view on a smartphone device to get the ultimate behind-the-scenes glimpse of high-profile celebrities prepping for events. With a full glam squad on site, each episode provided a unique sneak-peak into what it takes to get red carpet ready.

The series launched with Victoria Secret model Josephine Skriver as she got ready for one of fashion’s biggest events, the Harper’s Bazaar Icons Party. Working with her hair and makeup team, Skriver creates a '90s look inspired by her latest Netflix obsession: The Chilling Adventures of Sabrina. Viewers were able to feel as if they are in the room next to her, as she gave them her best attempt at American slang, along with red carpet tips passed on to her by Selena Gomez.

The series continues with episode two, starring Nicole Richie as she prepares for the fourth Brooklyn exhibit of the media company's popular instillation 29Rooms, an annual immersive experience that celebrates style, culture, and creativity. Viewers are placed in front of Richie and her glam team to feel as if they’re hanging out with her, and get an authentic feel for her personality and routine.

Starring in episode three is singer/songwriter Bebe Rexha as she prepares to hit the red carpet at the 2018 American Music Awards (AMAs). The video showcases Rexha’s fun personality and places viewers next to her glam team as they provide the dos and don'ts when taking photos, including her go-to 'red carpet face'.

The series continues with fashion and makeup icon Nikita Dragun as she prepares to hit the runway at L.A. Fashion Week. Viewers are along for the glam squad ride as Dragun's hair and makeup team goes all out for the occasion. They get the ultimate glimpse of makeup pro Nicole Faulkner’s techniques. They also see hairstylist Jesus Guerrero top off the look with a frosty platinum wig. As Dragun says, "Honey, if your hair isn't touching your mid-calf, don't speak to me."

The series closed out with influencer and actress Lyrica Okano and friends getting dressed for Harajuku Day Los Angeles. As they got fully decked out in iconic Harajuku fashion, viewers get a first-hand look into the eccentric fashion choices and applications from a pink ombré brow, hot pink lips, to plenty of stickers to 'highlight' her cheekbones.

The entire series was produced to provide an unprecedented behind-the-scenes look at how high-profile celebrities prep for events. The series went beyond what a social media post or 2D feature can provide, and allowed viewers to feel as if they were in the room with their favourite personalities. From having a full glam squad at their disposal, they see what it takes to get red carpet ready.