Get Clean And Mean In Manly Summer's Eve Spot

The Richards Group and No Smoke Films deliver comedic ad 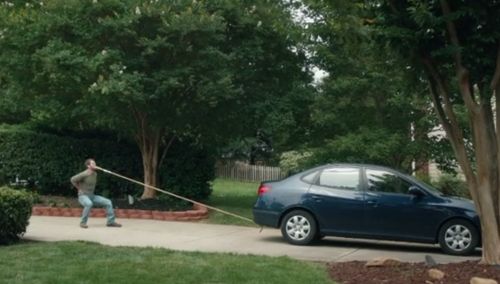 Editor Dave Bradley of ShootersNYC demonstrates his talent for cutting comedic spots with a hilarious new commercial for “Summer’s Eve” called “Manly Mistake.” Bradley worked once again with long-time collaborator, Director Adam Jones of No Smoke Films, on the new spot, as well as with agency creatives from The Richards Group in Dallas.

According to Director Adam Jones, Editor Dave Bradley “sets the bar for both the meticulousness and the instinct that you look for in an Editor,” he explains. “Dave never oversells his cuts and then when I see them; I always love the way he makes my vision even better than what I'd hoped. For Summer's Eve, we discussed the importance of how the pacing and the punctuation of each of the action beats needed to build. Dave found a way to combine each beat in a progression that flowed so naturally, while still condensing the shots so that they felt continuous without needing to rely on action matches.”

Jones credits Dave with his intrinsic talent for comedy and timing. “He understands what the tastiest bits are within a given shot, or sequence, or line read, or a non-verbal reaction,” continues the Director. “When he selects something, I trust that he has already looked at all of the footage very closely and has arrived at a given assembly with logic he can articulate. From there, I will add more ideas, and we build and tweak and build and tweak. Dave understands that in a 30-second spot, you have only 900 frames to feature, so each one is important.”

Bradley is also “extraordinarily attuned to the use of sound design and music,” says Jones, “more so than almost any Editor I've worked with.” He continues: “Many Editors don't consider sound design something that is part of their fundamental responsibility, but if you listen to the way the sounds play out in ‘Manly Mistake,’ you hear the beats just as much as you're seeing them. That was all Dave. Dave has spoiled me over the years with his consistently deft use of sound that is integral to every one of his rough cuts.”

For Bradley, working with Jones over the years has developed a short-hand for their creative collaboration. “Adam is a Director with a very clear vision of what he wants to see, but he is also extremely open,” explains the Editor. “He is up for exploration in the editorial process, beyond what he has shot. He’s not afraid to consider new ideas, further than what he originally intended.” Bradley also enjoyed the in-person collaboration with Jones as they developed the cuts, and he welcomed the agency creatives from The Richards Group into his edit suite. “It was so great at one point to have everyone together in one place, rather than posting spots for revision,” Bradley adds. “That in-person collaboration was really exciting as we continued to fine-tune the comedy.”