Get an Eyeful of MPC Creative's I Origins Promo 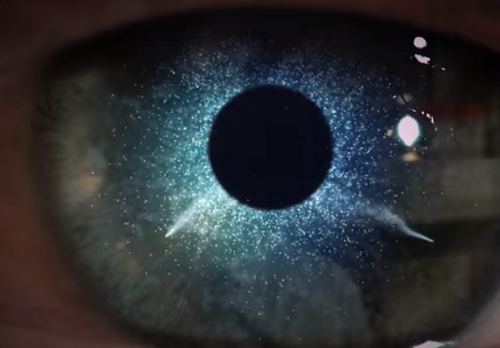 Brooklyn based composers Fall On Your Sword crafted the track ‘Driverless Car,’ which features as the lead single in Mike Cahill’s new film ‘I Origins.’

Rupert Creswell led the team at MPC Creative to produce and direct the clip, which takes visual cues from the film and shows a human eye with hallucinatory imagery and scenes from the movie playing out in the iris. This was the second collaboration for Rupert and the composers, having previously worked together on the promo for ‘The First Time I saw Jupiter’ featuring in Mike Cahill’s 2011 film ‘Another Earth’.

Rupert said, “I Origins is a sci-fi drama where a scientist uncovers some amazing things about the human eye while dealing with love and loss. Fall On Your Sword composed the piece, and wanted the promo to mirror the themes and look of the film - really playing on the idea of the eyes being the window to the soul. We decided to film one long take of an eye opening and closing in slow motion, and then projecting different worlds and clips from the film onto it. We used two different eyes, so the iris eventually transforms from one person to another.”

Filmed using a macro lens on a Phantom camera, the irises slowly evolve and morph colours and shapes, opening on a green eye and closing on a blue one. MPC’s Motion Design studio developed additional projected graphics using Maxon tool X-Particles, as well as compositing layers of 2D elements.

Composer: Fall on Your Sword