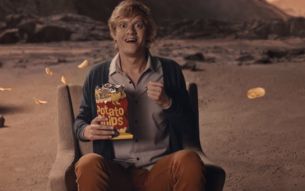 CANAL+ and BETC bring out a new campaign to promote the broadcaster’s subscribers’ loyalty programme: CANAL+ FRONT ROW. The programme offers subscribers a privileged spot at the heart of entertainment.

As we discover in this film, having the best seat changes everything…

We follow a group of astronauts, about to take their first steps on a new habitable planet. But wait, what’s that crackling sound under the moonboot?

The film shows the benefits offered to CANAL+ FRONT ROW subscribers. With VIP seats for the biggest sports games, backstage access to TV-shows and invitations to shootings of the CANAL+ series, CANAL+ FRONT ROW extends the TV experience beyond the screen to let subscribers live and share special moments.

The film is being broadcasted on French TV from the 13th of July, and also on CANAL+ social media.