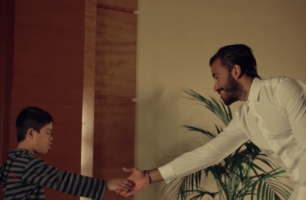 The experiment’s video is the first step in a nationwide program called PRIDE – People Receiving Independence and Dignity through Empowerment.

Launched on February 10, the film is already creating a big buzz all over the Middle East, and has created conversations about the subject of its content.

The topic highlighted in the video is a major problem in the UAE affecting a significant population, with the people featured in the video also facing a major acceptance and integration issue in the community.

This video and the movement aim to address those issues and change people’s perspectives.