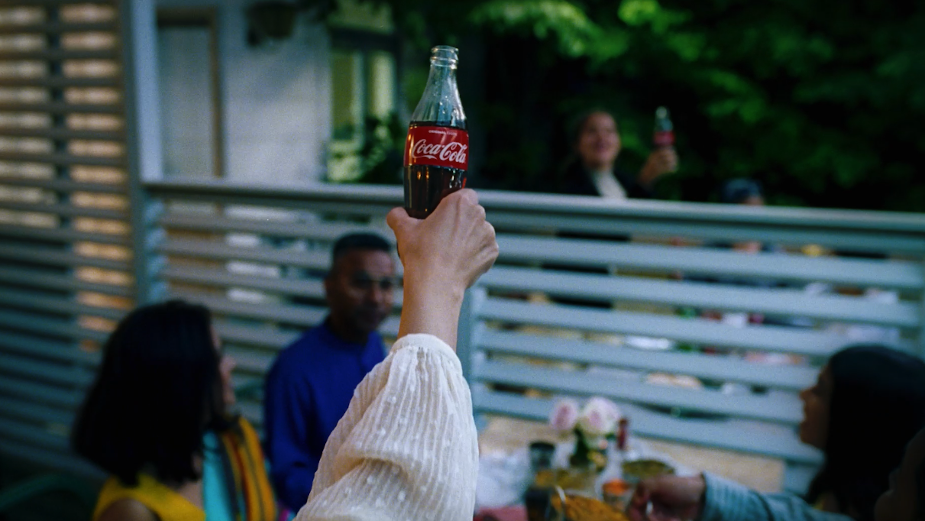 Coca-Cola today launches a new campaign, ‘Open Like Never Before’, its first in EMEA, since Covid-19 changed the world in so many ways.

Coca-Cola temporarily suspended all planned marketing activity in April, redirecting resources instead towards supporting its retail partners and communities.

Alongside its bottling partners and The Coca-Cola Foundation, the company pledged to donate more than $100m globally to organisations leading local relief efforts.

Now Coca-Cola is returning to the air with a new campaign. Open Like Never Before, created and developed by 72andSunny Amsterdam, marks a time of cultural and social change. It begins with a manifesto written specifically for Coca-Cola by award-winning spoken word artist, George The Poet.

Walter Susini, SVP of marketing EMEA for Coca-Cola said: “Open Like Never Before is founded in the belief that we do not have to go ‘back’ to normal. Instead we can all move forward and make the world not just different, but better. It supports and celebrates our retail partners too, including local hotels, cafes and restaurants, many of whom will be reopening their doors to communities after a very challenging time for the industry, but who have always been at the heart of our social fabric.”

That manifesto is founded in the promise of new possibilities discovered through lockdown and calls on us all to be ‘open, like never before’ and to appreciate all that we have around us. The words of George encourage us to be ‘open to change’, to appreciating things from a new perspective and to find opportunities in this 'new normal'.

Speaking at a press event launching the campaign, George the Poet said he was proud of the film. "I get emotional when I watch it," he said, recounting that at the moment the job came in for him, he had a pack of Coca-Cola in his fridge. "I had just been thinking about how many moments across my life that drink had been part of."

He added, "It's a statement about a moment. And that's what draws me to an ad opportunity... The sentiment 'open like never before' is something I can stand by."

When asked about what he hopes for the campaign, George said, "Messaging drives everything I do, so for people to see and hear the campaign and reflect on some of the messages that we tried to embed, that would be a win for me," finishing the interview with an inspirational message: "As long as there are human beings capable of empathy and hope, the world will get better."

“We wanted to offer a different, positive look at what life could look like in this new normal we’re heading to. The beauty of these uncertain times is that, for the first time ever in modern life, we all get to decide how ‘normal’ looks, and what we want it to be, for the first time ever. And that’s really exciting”, says Laura Visco, deputy executive creative director, 72andSunny Amsterdam.

“The idea of openness in these times carried such courage and optimism that we immediately felt it was something Coke could truly own. To appreciate everything that matters, like never before”, added Emiliano Trieveiler, creative director, 72andSunny Amsterdam.

The manifesto launch will be followed by a sustained programme of in-market activities throughout the year into 2021. Many of these will focus on supporting local hotels, cafes and restaurants who are the lifeblood of local communities and are now reopening their doors.

The broader Open Like Never Before campaign (#OpenLikeNeverBefore) will also invite the public to participate, asking people to tell each other and the world what they want to be different, and how they pledge to be open like never before.

London communications consultancy Blurred is working alongside 72andSunny Amsterdam on this campaign.