Gen Z & The Demise of Luxury 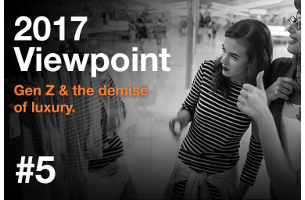 How are teens changing our understanding of what the luxury brand of the future will be?

The way that consumers perceive luxury products is in flux. And it’s Gen Z (the under 20s) driving it. Sure, few among us were able to afford traditional high-end luxury in our teenage years. But this young generation are the first who may never be able to and, crucially, may never particularly want to. That has big implications.

Young consumers are increasingly attributing high value to brands offering pragmatism, shared or borrowed ownership, and inclusivity. Luxury brands have traditionally stood for the exact opposite – polished refinement, treasured ownership and exclusivity. It’s time to reappraise how we’re engaging this generation before they enter the heartland of high-end brands’ target age ranges. Because the way to pre-empt it is not just about peppering creative with heart-eyes emojis. It could be as fundamental as reformulating a business model.

At any given time, your inbox probably contains several unread emails offering advice on how to market to Gen Z, covering everything from financial services to handbags. They talk about the importance of ‘being authentic’, of recognising the importance of friends, and ‘prioritising positive brand experience’, as if these are things that the rest of us couldn’t possibly want. Generalisations across an age demographic aren’t particularly helpful at the best of times, and these well-meaning observations could probably be attributed to attitudinal shifts occurring across consumers as a whole. We need to park the generalities, unless they’re rooted in truth directly attributable to Gen Z alone.

However, there are four specific economic and socio-psychological reasons why today’s teens’ perception of value and luxury is different from any generation prior. These four drivers, importantly, seem to be evidenced across the age group, and are unique to that age group.

1. The saturation of luxury brands among their parents

Once upon a time, being fat was a mark of affluence. Why? Because food wasn’t readily available in large quantities unless you had money. Now that calorific food is inexpensive and abundant, being overweight is no longer a signifier of wealth. The perceived value of traditional luxury goods is arguably following a similar trajectory. The parents of today’s middle-class teens were probably the first generation to be able to buy into luxury brands in some way en masse. An Apple device. Chanel glasses. A YSL scent. For today’s teens looking on, the cache of owning luxury products in their traditional guise is no longer as strong.

2. Their own economic hardship

This post-recession generation are the first in recent history who expect to be financially worse off than their parents. They’re staring down the barrel of an estimated £44K debt if they want to get the degree that was virtually free for their parents and less than half the price for their older siblings. This generation has many more significant financial barriers on their horizon. And they’re acutely aware of them. Many feel they won’t ever pay off their student debt, and around half have given up on ever owning a house. In these circumstances, it’s hard to see many Gen Z-ers having the spare cash to spend on non-essential investments, even if they did see the value in it.

Gen Z can’t afford to make rash decisions – both literally and metaphorically. In addition to their financial constraints, teens are demonstrating a fundamental attitudinal shift in what constitutes ‘the good life’. The bad news for luxury brands is that it couldn’t be further away from the brash, heart-driven decision-making that luxury brands thrive on. They are now spending more on coffee than clubbing. Over a quarter of those who are of drinking-age don’t drink alcohol at all.With the economy stacked against them, they report being more career-focused at a younger age than any preceding generation. It points to a generational mind-set that is remarkably clear-sighted; they are increasingly sober, serious, ambitious and careful. For luxury marques built on spontaneity and indulgence, they are soon going to find themselves at odds with the next cohort of consumers entering their target audience.

4. Their aspiration to tangible self-improvement, not self-aggrandisement

Today’s teens are considerably more health conscious than their elders. When they do open their wallets, it’s for things that will have a tangible, positive impact on their wellbeing. Recent Nielsen data found that a higher percentage of Gen Z-ers were ‘very willing’ to pay a premium for healthy food than any other age group, despite being cash-strapped. In a world in which they have less control and financial clout than those before them, Gen Z are focusing on things they can be masters of, like their own health and wellbeing. Luxury and aspiration go hand-in-hand. But tomorrow’s luxury consumers

aren’t aspiring to make a statement or be revered. Instead they’re aspiring to tangible self-improvement. That’s something that few luxury brands are currently offering.

What Does This Mean For Brands?

Given those four interrelated factors, it’s hardly surprising that we’re left with some pretty major implications for Gen Z’s future relationship with luxury brands. Crucially, though, these aren’t socio-psychological conditions that they’ll ‘grow out of’. This looks like engrained-world-view stuff that they will retain as they enter luxury brands’ traditional target age brackets. Instead of looking to the older generation to understand what the younger generation

will become, we need to be looking at this audience to understand what the future is going to be like. That’s an important and sizeable challenge for marketers to get to grips with – and here’s where we start.

Start communicating how you will rationally improve your consumer as a person – or diversify into products that do. As luxury brands prepare for Gen Z entering their target age range, they will need to do more than flutter their eyelashes to attract them. Convincing an audience that their purchase is not a self-indulgence or a frivolous treat, but instead something that they can rationalise into a narrative of responsible self-improvement, will be vital. Premium food brands have been among the first off the mark, increasingly explicitly communicating around the rational function they offer – whether it’s energy-providing or gut-protecting. How this ‘justifiable self improvement’ narrative can be woven across high-end technology, automotive, fashion or entertainment verticals, for example, represents the harder challenge.

Start relinquishing control of your luxury product to consumers. With Gen Z unlikely to be placing much stock in the come-hither allure of luxury marques, it will be increasingly incumbent upon those brands to reach out and involve consumers. For a luxury world that is used to acting intentionally aloof and standoffish, that’s a daunting prospect. Ralph Lauren are showing that relinquishing product control isn’t antithetical to high-end credentials with their in-store and online personalisation bars, allowing consumers to remix their logo and products. With other fashion houses making their catwalks immediately shop-able, Mr Porter setting up shop on Apple TV and Tesla bringing premium car dealerships to shopping malls, these luxury brands are also loosening their once-tight grip on where their products are bought. If Gen Z don’t place as high stock in traditional luxury as previous generations, this level of accessibility will need to become the norm.

Start offering luxury as a service rather than an owned product. Tech start-up Makercase are pioneering a ‘deliverable retail in a box’ solution which allows consumers to access high-end products for a short period of time, rather than committing to owning them in the conventional sense. The high-end fashion industry, meanwhile, is pondering its response to the rise of a host of services like Rent The Runway, offering short-term access to ordinarily unaffordable clothing. One response from fashion labels is to make a select few pieces available in hotel room wardrobes for guests to rent for the day – a kind of mini-bar for high-end clothing. In the automotive industry, BMW are leading the way with their well-documented ‘On Demand’ service. By starting to reformulate their business models, these brands are preparing for a generation of consumers who will be less able, and less willing, to commit to expensive, conventional ownership. 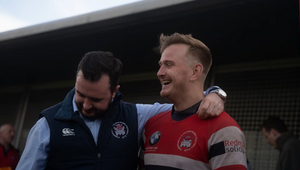 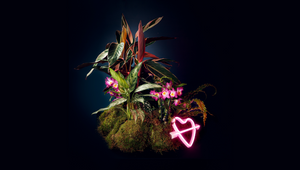 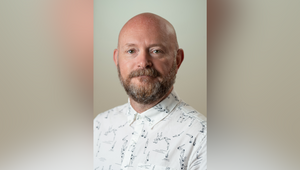 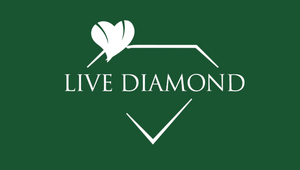