New spots “Owl” and “Old MacDonald” from The Martin Agency 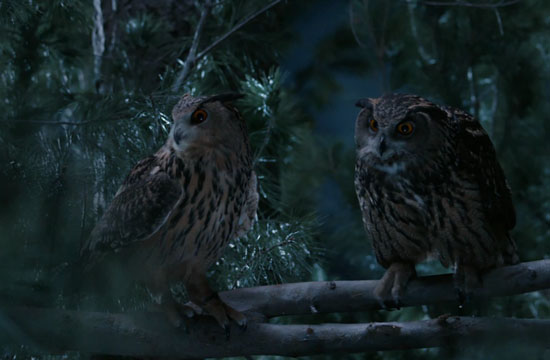 GEICO has released its latest campaign under the nearly meta-like pretense of the household recognition that years of clever advertising have already established. Created by The Martin Agency, the latest slew of ads play off the ubiquity of GEICO’s long-standing tagline, “Did you know that fifteen minutes…?”

In each of the two spots, named as Adweek’s Ad of the Day, Radical Media director Steve Miller shows us the chastising effect of being one of the remaining few to discover that GEICO could save them hundreds of dollars on their car insurance. In the launch spots, “Owl” and “Old MacDonald”, a person reads the ubiquitous line for the first time and another responds, "Everybody knows that." Feeling slightly off-put by the news, the first person feels the need to pull out some “Did you know?” trivia of their own. Whitehouse Post editor Matthew Wood then brings us from setup to payoff – transporting the viewer to a scene with the silly, questionable factoid in question.

GEICO’s latest campaign sees the company utilizing the luxury of their pitch being common knowledge, and playing it up their signature offbeat humor. It’s a comedic formula that gives them unlimited scenarios to inject with their own brand of wit, while engraining the phrase “Did You Know?” into our minds even more.