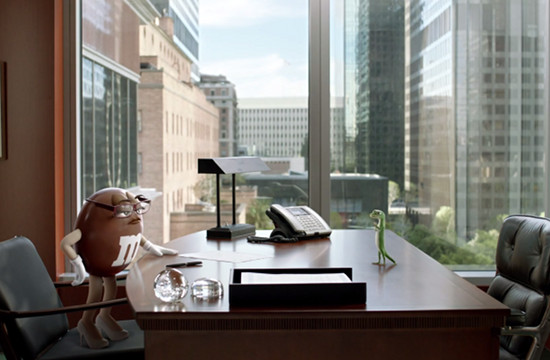 For the first time, M&M’S spokescandy, Ms. Brown, will appear in a commercial with another famous advertising character, the GEICO Gecko.

The :30 spot is the brainchild of BBDO New York which collaborated with the private passenger auto insurance company to bring together Ms. Brown and the Gecko.  The spot highlights how irresistible M&M’S chocolate candies really are.  After all, when the entire world wants to eat you, you get an insurance policy (or at least, try to).

There’s even a surprise appearance at the end of the spot by another memorable advertising figure: GEICO’s “Hump Day” camel.

Accompanying the TV spot is a robust social media campaign that lives on Facebook and Twitter which tells the entire story of Ms. Brown’s efforts to secure insurance.

Visual Effects (the Camel): The Mill